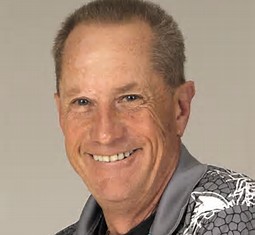 Pete Weber is one of bowling’s greatest players, though he arguably attracted more attention for his brash personality. As most people know, Pete was introduced to the sport at the age of two by his father, PBA Hall of Famer Dick Weber. At age 15, Pete, nicknamed PDW, was already winning local bowling tournaments against adult players. He joined the PBA in 1979 at age 17 and competed in 21 events his first season. He quickly made a name for himself with a brash, in-your-face attitude that made him one of the most entertaining and controversial bowlers on the PBA Tour.

Born in St. Ann, Mo., Pete was named Rookie of the Year in 1980 but did not win his first title until 1982. He secured his 10th title at the age of 24, thus becoming the youngest bowler to achieve that feat. He completed the triple crown by winning the 1989
PBA National Championship after having already taken the Tournament of Champions in 1987 and the U.S. Open in 1988. By 1989, Weber had won 13 PBA Tour titles and had reached over $1 million in earnings.

Weber joined the PBA50 Tour in 2013, and fittingly enough, his first title on the tour came in a major as he took the crown in the USBC Senior Masters. In 2013, he captured his second triple crown, and that year he also became the oldest player to win the Tournament of Champions title. The victory left him tied with Earl Anthony for the most career major PBA titles (10). By that time, he was also tied with Norm Duke for third all-time on the PBA Tour titles list with 37, and his five U.S. Open titles (1988, 1991, 2004, 2007, and 2012) were the most of any bowler, one more than those of his father and another legendary bowler, Don Carter. Pete was the first bowler in the history of the Professional Bowlers Association (PBA) to complete the “triple crown” at least twice (1989 and 2013) in a career.

Despite all his success, Weber was perhaps better known for his antics, outbursts, and raunchy celebrations during matches. He wore sunglasses when bowling on television because he said that it helped combat the glare from TV lights, and, inspired by his love for professional wrestling, he sometimes did a “crotch chop” after rolling a strike. Weber was also suspended for six months in 2000 for “conduct unbecoming a professional” during a PBA Tour event. Following in his father’s footsteps, he was enshrined in the Hall of Fame in 1998.

Weber still is one of the sport’s most active players, who is also known for his high back-swing and the side rotation he puts on the bowling ball. He is featured in the ten-pin bowling sports documentary, “A League of Ordinary Gentlemen.” In all, he has won 37 titles on the PBA Tour, including a record-tying 10 major championships, and another 10 titles (four majors) on the PBA50 Tour. Weber has won bowling’s U.S. Open a record five times, and has also won the PBA Senior U.S. Open twice. He is a two-time PBA50 Player of the Year.