Somewhere in the process of compiling the fourth most wins (2,504) among managers in Major League history, leading the Atlanta Braves to 14 consecutive division titles, and earning four Manager of the Year awards, Bobby Cox seemingly punched his ticket to soon be enshrined with the game’s all-time greats in the National Baseball Hall of Fame in Cooperstown. 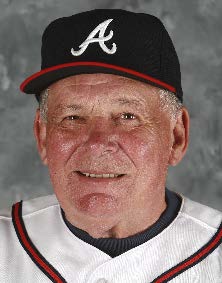 Commissioner Bud Selig, President Jimmy Carter, and former Braves owner Ted Turner expressed their appreciation for Cox’s contributions to baseball via video tributes during his induction into the Braves’ Hall of Fame.

While guiding the Braves to a total of 15 postseason appearances (one as a wild card), five National League pennants and a World Series championship (1995), Cox was praised for the loyalty and support he showed his players. Those who knew him long before this incredible run of success recognized this was simply part of his DNA.

Cox actually thought his days in baseball – or at least in the Yankees’ organization – might be numbered while he was serving as the first base coach for the Bronx Bombers in 1977. When one of his former minor league players asked for tickets to a game, Cox, conversing on a clubhouse phone, said that the owner was “ridiculous about tickets and made it tough for anybody to get what they want.”

As these words came out of his mouth, Cox felt a tap on his shoulder and saw longtime Yankees owner George Steinbrenner standing behind him. But like countless others in the baseball world, Steinbrenner liked Cox. The next day, he sent him a letter that essentially said, “Anything you want anytime, just ask.”

Cox left New York after that season and spent each of the next four summers serving as a Major League manager and attempting to restore respectability to the Braves. Turner fired him after the 1981 season, and the club went to the postseason the next year under the direction of Joe Torre. 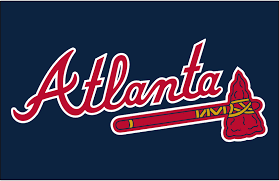 Obviously Cox’s greatest reconstruction process occurred when he returned to Atlanta after the 1985 season and became the Braves’ general manager. With the help of Bobby Dews and Paul Snyder, Cox overhauled a bad minor league system and planted the seeds for the success the organization has celebrated over the past 20 years.

Of course, it’s impossible to discuss the Braves’ accomplishment in Cox’s tenure without mentioning Greg Maddux, Tom Glavine and John Smoltz, who formed one of the most recognizable starting-pitcher trios in recent years.

At Cox’s Braves’s HOF induction ceremony, Glavine remembered how calm Cox was when he called to tell him there was no way he would be traded during an off-season in the late 1980s, when the southpaw’s name was being bantered around. Smoltz talked about the faith Cox continued to show in him in 1991, when he started 2-11 with a 5.16 ERA and then went 12-2 with 2.63 ERA in his final 18 starts to help the Braves go from worst to first and clinch the first of their 14 straight division crowns.

Twenty years later, Cox spent three days last month walking around a golf course following Smoltz as he competed in the Georgia Open. In the process, he once again proved his loyalty and love for his players extended beyond the time they shared in the same dugout.

Cox’s attempt to protect his team led to a series of hysterical exchanges after umpire Hunter Wendelstedt tossed Smoltz in the  fourth inning of a game in Cincinnati in 1998. Low on pitchers, the Braves’ skipper told Smoltz to go back to the mound and just stand there. In the process, he used some choice words to tell Wendelstedt that he would never be as good as his father, Harry Wendelstedt – a highly-respected former umpire.

Sometimes loyal to a fault, Cox always attempted to find good in each of his players. “A small part of Bobby Cox changes you as a baseball player,” Smoltz said. “Twenty years with the man changes your life.”

En route to sticking up for his players, Cox broke John McGraw’s record for the most ejections in major league history, when he was tossed for the 132nd time. However, 14 of McGraw’s ejections came as a player. Cox holds the undisputed record for ejections as a manager. Umpire Ted Barrett issued the 132nd ejection. He finished his managing career with 159 ejections.