Greg Marecek had long envisioned the creation of the St. Louis Sports Hall of Fame. His vision became a reality in 2009. Greg served as President of the HOF prior to his death in 2020. 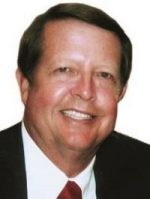 The mission of the St. Louis Sports Hall of Fame is to celebrate the history of sports in the St. Louis region and to preserve that history for generations to come.

Tim Moore served as Operations Director and Vice President of the Hall from 2010-2020. Upon Greg Marecek’s death in 2020, he was promoted to Executive Director of the HOF.

Lunching with the Stars

VIDEOS OF THE MONTH
“TED SIMMONS”