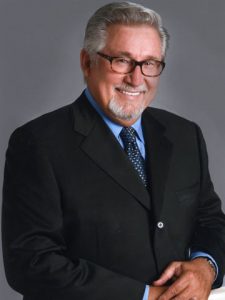 Heavily involved in regional, state and local, civic and business affairs, J. Kim Tucci has been the recipient of numerous awards and honors for outstanding leadership through various civic, business and charitable organizations. He has been honored with more than 25 Man of The Year Awards.

In cooperation with the Coca-Cola Corp., The Pasta House Co. has established, “Reading, writing and Ravioli,” in which 400 schools and 4,000 teachers participate in the area. Its “Great Works of Art High School Contest” offers area high school students the opportunity to compete for college scholarships.

In 1985, Tucci co-founded the Caring & Sharing Program in which over 5,000 St. Louisans are fed every Christmas. The program helps needy families year-round.

Born, raised and educated, in St. Louis, Tucci has undergraduate and graduate degrees in Communication from St. Louis University. He was a high school teacher and coach for six years and a college teacher for seven years.

Tucci is also the co-chairman of the Missouri Athletic Club Preservation Foundation. In 2004, Tucci was presented the Catholic Youth Council Silver Boot. In 2010 he was inducted into the St. Louis Soccer Hall of Fame.