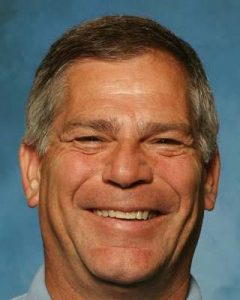 Capturing the raw emotion in your subjects is imperative to being a good photographer. Doing it consistently for well more than 40 years elevates you to an even higher level. Longtime UPI, sports and political photographer Bill Greenblatt clearly resides in that zip code. Greenblatt’s talents have served him well. It has allowed him the versatility of shooting various subjects in an array of diverse fields. His reputation is well-known. Many times he is recruited to photograph a subject or team.

“He enjoys watching the democratic process, and he saw it all — the highs and the lows,” former Missouri Governor Bob Holden said in a St. Louis Business Journal feature story on Greenblatt. “He gets the best shots — and he does the same thing in baseball and his other photography.” Greenblatt loves the diversity his profession provides. It 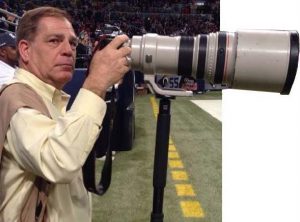 allows him to do something he loves.

Greenblatt started out as a firefighter in Boone County while a student at the University of Missouri. When he came home to St. Louis, he became the official photographer for the department. One of Greenblatt’s most memorable sports photos is of the 1991 home plate collision between the Cardinals Ray Lankford and Philadelphia Phillies catcher Darren Daulton. It earned Greenblatt a first-place award in the National Baseball Hall of Fame and Museum. The shot captures the moment of impact between the two players as the ball is jarred from Daulton’s glove. Greenblatt won second place that year as well.

A recent memorable moment was the first career at-bat of Oscar Taveras, the late Cardinal rookie phenom. Thought by some to have the potential to be another Roberto Clemente, Taveras launched a home run in the rain. For Greenblatt, the moment conjured up memories of the Robert Redford baseball classic “The Natural.” Taveras died a year later in a car accident in his native Dominican Republic and his potential was never realized. The Taveras photo and emotion-laden shots of the Cardinals Carlos Martinez, Kolton Wong, Lance Lynn and Matt Holliday were featured in the MIZZOU Summer 2015 story, “If They Don’t Win It’s A Shame.”

In 2014, Greenblatt’s closeup of a determined Michael Sam earned him a cover shot in Sports Illustrated. Sam, the former Missouri Tiger linebacker and Southeastern Conference 2013 Defensive Player of the Year, made national headlines as one of the first ever high profile collegiate athletes to publicly acknowledge he was bi-sexual.

On the political front, a photo of U.S. Congressman Dick Gephardt delivering his concession speech during his 2004 presidential run was emotional for Greenblatt. He told Gephardt later itwas probably his last chance to get to Washington, D.C. and be a White House photographer. Greenblatt said that had always been his dream job.