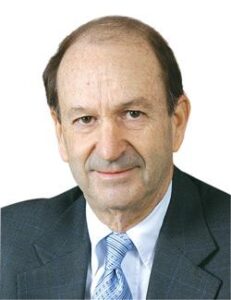 As the principal owner of the Cardinals, Bill DeWitt Jr. has served as the Chairman and Chief Executive Officer of St. Louis’ National League entry since 1996. As such, he oversees all baseball, operational, financial and league matters for the team and is a member of the Major League Baseball Executive Council, the Board of Major League Baseball Advanced Media, the Ownership Committee, the Diversity Committee, and the Commissioner’s Special Committee for On-Field Matters. He also serves on the board of the National Baseball Hall of Fame in Cooperstown.

DeWitt, a native St. Louisan, graduated from St. Louis Country Day School and received a Bachelor’s degree in Economics from Yale University in 1963 and a M.B.A. from the Harvard Business School in 1965. As the son of former baseball executive and team owner William O. DeWitt and Margaret H. DeWitt, Bill, Jr. has deep roots in baseball dating back to his childhood. His father began his career with the Cardinals in 1916 and worked in a variety of executive positions under Branch Rickey until the early 1940s when he joined the St. Louis Browns as General Manager. 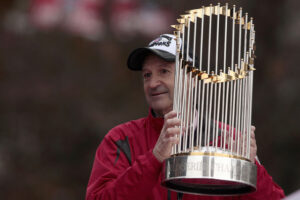 He was twice named Executive of the Year, was sole owner of the Cincinnati Reds from 1961-67 and majority owner of the Browns from 1949-51 when Bill, Jr. served as the team’s bat boy. His uniform (number 1/8) was worn by tiny Eddie Gaedel during his famous pinch-hitting appearance on August 19, 1951.

DeWitt, Jr. has been a prior owner of the Baltimore Orioles, Cincinnati Reds and Texas Rangers. He was also a shareholder of the Cincinnati Bengals’ football team in the NFL and the Cincinnati Stingers hockey team in the World Hockey Association. He has had a long career in private equity with Reynolds DeWitt & Co. and DeWitt Capital Group.

Along with several others, DeWitt, Jr. purchased the Cardinals in the spring of 1996 from longtime owner Anheuser-Busch Cos., Inc.

Dewitt, Jr. is married to the former Katharine Cramer of St. Louis. They have four grown children: Katie, Bill (who currently serves as President of the Cardinals), Andrew, and Margot, and 12 grandchildren.