ring of four-straight titles between 1998 and 2001. The Bears have earned a record 21 straight NCAA Tournament appearances and have reached the Final Four nine times.

“Once you are fortunate enough to experience a championship, and then to wait nine years for another, you realize how hard, how special, how much you have to have a little luck, how fortunate you are to have that magical chemistry,” said Nancy Fahey, head women’s basketball coach at Washington University. After leading the Bears to a 29-2 record in 2009-10 and guiding her team to a national title, Fahey was honored as the DIII Hoops.com and DIII News National Coach of the Year. She also posted a 13-1 record in University Athletic Association (UAA) play to capture her record 19th conference championship, earning UAA Coaching Staff of the Year honors in the process. 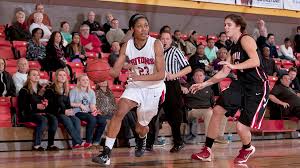