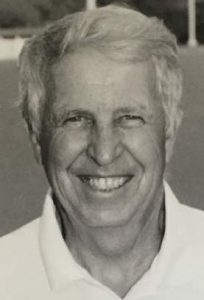 If there’s anything like a “lifer” in soccer, Val Pelizzaro would come close to being it’s prime example.

In 1957 Kutis won the Amateur Cup and the Open Cup, which included professional teams. The rosters on those teams were a who’s-who of local legends, including Harry Keough and Bill Eppy. The members of this team would also represent the United States in World Cup and Olympic qualifiers.

Pelizzaro never went to college. Instead he landed a job with the Postal Service. He carried letters for 39 years on the city’s south side. He also served two years in the military during the Korean War.

His first foray into coaching turned out to be as successful as his playing days. When Keough took over Saint Louis University’s men’s team in 1967, he asked Pelizzaro to join his staff. They worked together until Keough left SLU in 1982 with five national titles to their credit. Pelizzaro remained on staff for head coach Joe Clark until 1997, when Clark took the same position at Washington University. Pelizzaro followed Clark.

He turned to coaching the girls JV team at Visitation in 1994 and together with Mike Westbrook took over the varsity in 2004 and won the state title that year. They added three more titles before he finally retired from coaching in 2012.