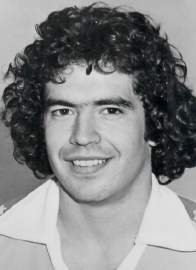 Anytime you get a bunch of soccer people together, you can bet that you’ll get an argument. But, it is hard to argue that the Keough name will be at the pedestal, wearing the crown. Harry Keough is a U.S. soccer legend. He was a member of the U.S. National Team that pulled off the biggest World Cup soccer upset in history when the U.S. defeated England in 1950. Later, he coached St. Louis University to five NCAA championships. His son, Ty, is cut from the same cloth. He polished his skills in youth soccer playing 60 to 70 games a year.

Summers were special for Ty because his mother was a native of Guadalajara, Mexico. Ty and his family would spend several weeks there every summer and he watched pro teams and trained with local academy teams. 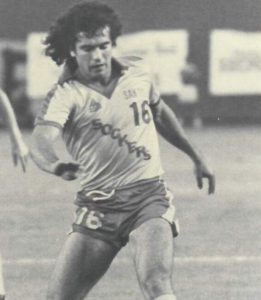 After an outstanding college career, he was drafted by the San Diego Soccers of the North American Soccer League, playing four seasons with them. During the same time, Ty also played with the St. Louis Steamers in the Major Indoor Soccer League for five seasons.

His father played on two United States Olympic teams and it was Ty’s dream do represent America in the 1980 games in Moscow. They beat Costa Rica before 60,000 screaming fans in their national stadium to qualify for the Games. But the elation turned to disappointment and even anger when President Jimmy Carter decided to boycott the Games because of the Soviet Union’s invasion of Afghanistan.

After his playing career ended, Ty, like his father, turned to coaching. He led the Washington University men’s team for 11 seasons. During those eleven seasons, he compiled a 136-47-17 record before resigning in 1997 to devote his time to his broadcast career. Ty covered four World Cups for TNT, ESPN and ABC. He continues to be involved with youth soccer today. In fact, the Keough Award, named after Harry and Ty Keough, is presented each year to the outstanding St. Louis-based male and female professional or college soccer player.