One of the most decorated players in the annals of Independent Sports Association history, Todd Joerling has played on four Super World Series championship teams and another four runners-up teams.

In his career, Todd was a part of 11 national championship teams, a 19-time All-World selection and a two-time National Tournament MVP. Todd is a fivetime national batting average champion, a one-time World Series batting champion and a two-time Gold Glove, as well as playing on countless All-Tournament teams. 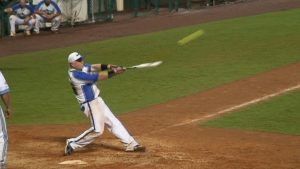 Todd made Supreme Softball’s first team seven out of eight years and was selected as a member of the All-Century Team and was a first team shortstop on the All-Decade team for the 1990’s. As of Todd’s induction into the National Softball Association Sports Hall of Fame; his lifetime batting average is .720.

Joerling’s achievements on the field are only superseded by his character both on and off the field. Todd is a genuine ambassador for the sport of softball. Because of his gentle manner in which he carries the ambassador banner, Todd has been called the modern day Bruce Meade.

Joerling stands as one of softballs’ alltime truly great people, and quite possibly the greatest shortstop the game has ever known. In November 2001, Joerling became the fifth player to be inducted into the National Softball Association (NSA) Hall of Fame.