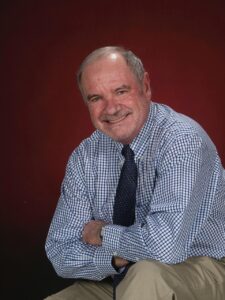 Terry Hanson is a native of East St. Louis, Illinois graduating from Assumption High School. He attended and graduated from then St. Benedict’s College and went on to obtain his master’s degree in Education from Southeast Missouri State University.

Hanson began his career at Benedictine (formerly St. Benedict’s) College in Atchison, Kansas, where he was the head coach in both soccer and baseball. He was named National Soccer Coach of the Year in 1974 by the NAIA. Terry also spent four summers as an associate scout for two major league baseball teams, the Philadelphia Phillies and the San Diego Padres. He also spent five seasons as a senior executive for three North American Soccer League teams: Rochester Lancers, Washington Diplomats, and the Atlanta Chiefs.

From 1978-1985 Hanson worked at Turner Broadcasting in Atlanta where he first joined the company as Vice President and General Manager of Turner’s North American Soccer League (NASL) professional soccer franchise. Later he became the first head of TBS Sports. In the latter role he took a fledgling regional cable network carrying the Braves and the Hawks into fourteen states, helping it to become a bonafide national cable network. He personally signed the first NCAA Football Cable contract, negotiated Turner’s entrance into the NBA, engineered the famed Sampson 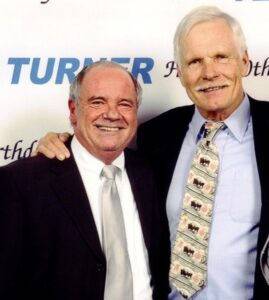 versus Ewing college basketball game (the game was called “the Game of the Decade”) in the early 80’s and contracted Louisville and Kentucky for their first ever college basketball match-up. He won three Emmys and two Cable ACE Awards for his work in Braves Baseball, NCAA Football and other sports programming. He also performed on air tasks during his entire tenure at Turner.

From 1985-1991, Hanson was the Vice President of Communications and Broadcasting at the PGA Tour in Ponte Vedra, Florida and was the President of PGA Tour Productions. In these roles, he managed all public relations activities for three Tours, negotiated all major network and cable television contracts and successfully launched “Inside the PGA Tour” and “Inside the PGA Senior Tour” television shows seen on Network television.

In 1991, Terry joined Raycom, Inc. as President of the Raycom Management Group in Charlotte, North Carolina. He served in that position until 1994.

Since 1994, Hanson has owned and operated Hanson Enterprises, a Charlotte-based Sports and Entertainment firm, representing numerous nationally known sports personalities and athletes. During this time Terry has also served as a regular ensemble cast member for the John Boy & Billy Nationally Syndicated radio show, also based in Charlotte, responsible for current content, media news and sports. Hanson retired in 2020.

In 2005, Charlotte Observer writer Michael Gordon wrote an article titled, “Life, Death and Terry Hanson.” In the article, Gordon documents four separate times in Hanson’s life when he was in the right place at the right time to come to a person’s rescue.

Terry and his wife Patti have three children, Amy, Joe, and Elizabeth. They have been blessed with six grandchildren.