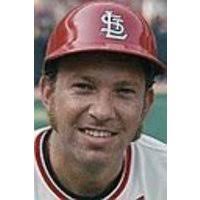 It was an adventure for Ted Sizemore trying to find a position he could stick with in the Major Leagues and eventually with the St. Louis Cardinals. A high school catcher in Detroit, he earned All-City honors three times. He also earned All-City honors playing fullback in football and guard in basketball twice each. At the University of Michigan at Ann Arbor, he was a varsity letterman in baseball from 1964 to 1966, and received All-Big Ten honors in 1965 and 1966. In 1966, he batted .321 to receive District All-America honors, catching the eye of Major League teams.

He was selected by the Los Angeles Dodgers, serving strictly as a catcher his first professional season, but his bat (.330, 4 home runs and 37 RBIs for the Northwest League’s Tri-City Atoms) prompted the Dodgers to try him more in the outfield in 1967 and 1968. However, in need of infielders, the Dodgers had Sizemore play second base in the Winter Instructional League in 1968. 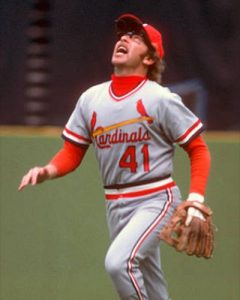 Following Zoilo Versalles’ departure in the 1968 Major League Baseball expansion draft, manager Walter Alston shifted Sizemore to shortstop at the beginning of spring training 1969. Sizemore won the starting shortstop job that spring. He proved himself an adequate shortstop. Still, with second baseman Jim Lefebvre not hitting, Sizemore began seeing more time at second by the end of his first month in the majors. With Maury Wills’ acquisition on June 11, Sizemore became a permanent second baseman.

Sizemore got off to a hot start in his rookie season, finishing with a .271 average with four home runs, 46 runs batted in and 69 runs scored and was voted the National League’s Rookie of the Year. However, after an injury-
plagued 1970, he was traded to the Cardinals.

He began his tenure with the Cardinals splitting time between shortstop and second base, but as the 1971 season wore on, he began taking more and more playing time away from veteran Julián Javier at second. He batted .264 in each of his first two seasons in St. Louis. His finest season came in 1973, when he put up career highs in batting (.282), RBIs (54) and runs (69), while leading the National League in sacrifice hits with 25.

Perhaps Sizemore’s most valuable place with the Cards, however, was batting second behind leadoff man Lou Brock. Brock set a record with 118 stolen bases that season, and credited Sizemore’s patience at the plate batting behind him as a big factor.

He found his way back to the Dodgers in 1976, but was traded to the Philadelphia Phillies the next season.