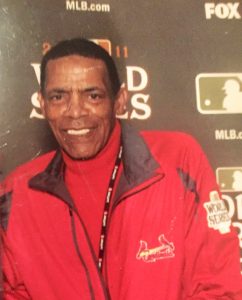 Ted Savage spent nine years in the Major Leagues, playing for eight teams (55 games with the Cardinals), between 1962 and 1971. But while establishing a pro-ball background, his legacy may be his work after baseball.

After Savage’s baseball career ended, he continued to achieve, earning a Ph.D. in urban studies from Saint Louis University. He spent nine years as athletic director at Harris-Stowe State University in St. Louis, before joining the Cardinals’ front office as assistant director of community relations and a
minor-league instructor in 1987. He loved his work, being in contact with the community daily and working with under-served communities through Cardinals Care.

One of his key accomplishments was his work with the Mathews-Dickey Boys’ and Girls’ Club in St.
Louis. And he joined hands with John Young, founder of the Reviving Baseball in Inner Cities (RBI)
program, to bring RBI to St. Louis. Savage, seeing a perfect match between the expansion of RBI from the inner city of East Los Angeles into the St. Louis Metropolitan area, worked with Young and Martin Matthews (one of the founders of the Mathews-Dickey Club), leveraging his work with the Cardinals to gain support and funding.

Mathews and many others credit Savage as being a cornerstone of the relationship between under-served communities in the area and Major League Baseball (MLB). Largely due to the efforts of Savage and others like him, RBI remains a MLB youth outreach program focused on increasing participation in baseball among under-served youth.

Born in Venice, Ill., Savage was a three-sport star at Lincoln High School in East St. Louis. He went on to play at Lincoln University in Jefferson City, Mo. and also played ball while in the military and garnered minor league baseball acclaim in the US, Mexico and Puerto Rico. 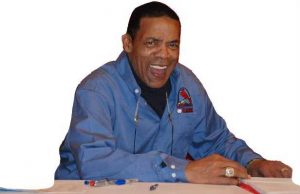 Savage was signed as an amateur free agent in 1960 by Philadelphia and made his major league debut on April 9, 1962, going 2-for-4 against Cincinnati. His best season was with the 1970 Milwaukee Brewers when he had a .279 batting average with 12 home runs, 50 runs batted in and a .402 slugging percentage in 343 plate appearances. He ended his playing career with 642 games played with a .233 average with 34 home runs and 163 runs batted in.