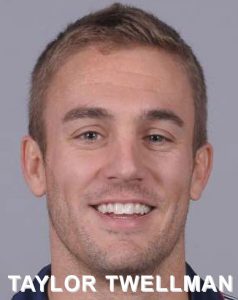 (This story was adapted from “Soccer Made in St. Louis: A History of the Game in America’s First Soccer Capital,” by Dave Lange and published by Reedy Press.)

John Stremlau was playing what would be the last season of his professional career with the MISL’s Kansas City Comets in 1983–84. The St. Louisan lived in the same Kansas City apartment complex with Comets’ and former Southern Illinois University–Edwardsville teammate Tim Twellman.

Stremlau and Twellman had families by then, and they would get together often. Twellman had a little boy who would be 4 years old in 1984. “The kid was always hitting a baseball or kicking a soccer ball,” Stremlau said. “You could see where his talent came from.” His talent came from a dad and three uncles who played college or pro soccer, a grandfather who played Major League Baseball, and an uncle who is a pro golfer. The lad’s name: Taylor Twellman.

Twellman grew up to become one of the best American soccer players of his era. He netted 101 goals for Major League Soccer’s New England Revolution before lingering effects from head injuries forced him to retire in 2010 at age 30. Twellman stepped directly into the ESPN broadcast booth, where he’s been analyzing the world’s biggest matches. Most recently, he could be seen and heard during the 2014 World Cup in Brazil.

While broadcasting for a national network is a new endeavor for someone in the Twellman clan, Taylor’s heroics as a player come from distinguished athletic genes. One of the first families of St. Louis soccer, Twellmans have been on pro an 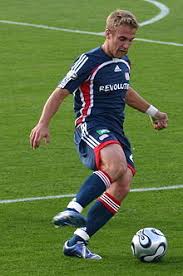 d college teams throughout the United States since Steve Twellman, one of Taylor’s uncles, migrated to Michigan State in 1968.

Brothers Steve, Mike and Tim all played in the North American Soccer League. A fourth, Tom, might have, but elected to try pro baseball after playing baseball and soccer at SIUE. Tom played three seasons in the Houston Astros organization.

Twellman has campaigned for awareness of head injuries through his ThinkTaylor Foundation. He speaks about traumatic brain injuries at high-profile events, educating audiences about how concussions happen, why they require immediate medical attention, and how those injuries can be prevented. More information is available at www.thinktaylor.org.

Like just about everyone in his family, Twellman’s career could have followed other paths. A hard-hitting shortstop at St. Louis U. High, Twellman declined a contract from the Kansas City Royals. His grandfather, Jim Delsing, is remembered mostly as the guy who pinch-ran for Eddie Gaedel, the midget sent up to bat by St. Louis Browns owner Bill Veeck as a publicity stunt in 1951. Gaedel walked on four pitches. That game in the major leagues, however, was only one of 821 others in which Delsing appeared. Jim’s son, Jay, is a professional golfer.

Taylor might have had regrets at first about not following his grandfather into baseball. His early experience with pro soccer was less than encouraging with his first pro club, Germany’s Munich 1860. That changed after the Revolution drafted him in 2002. He won the MLS scoring championship as a rookie and was runner-up as the league’s most valuable player. He went on to 29 appearances and six goals with the U.S. National Team from2002 to 2007.

Players of the stature of Landon Donovan had nothing but the highest praise for Twellman. “In my opinion, Taylor is the best American goal scorer this league has ever produced,” Donovan said.

Twellman voiced no regrets his career ended. “I did something I love and that I was born to do, and I got paid to do it and have fun,” he said. “Honestly, wrap your heads around that. All I can say is, ‘Are you kidding me?’”