The St. Louis University men’s basketball team made history in 2012-13. For the first time, the Billikens captured a conference regular-season and tournament championship in the same season. The Bills qualified for their second consecutive NCAA Tournament and advanced to the third round after a victory against New Mexico State in San Jose, Calif.

Interim head coach Jim Crews took over the reins after it was announced that Rick Majerus would not coach due to health concerns. (Majerus died in December.) Crews used seniors Cody Ellis, Kwamain Mitchell and Cory Remekun to help keep the team together. The Billikens reeled off nine straight wins (a streak that started a day after Majerus’ passing), setting the tone for conference 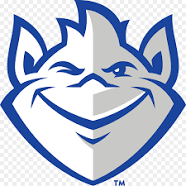 play. The Billikens stormed through the Atlantic 10 Conference regular season with a 13-3 record and earned their first outright regular-season conference title since 1957.

The Billikens were the No. 1 seed at the A-10 Championship, played at the brand new Barclays Center in Brooklyn, N.Y. SLU marched through the tournament, defeating Charlotte and Butler to advance to the A-10 title game. In front of a national TV audience on CBS, the Billikens defeated VCU 62-56 to capture the title.

After cutting down the nets in Brooklyn and celebrating the championship, SLU boarded its bus destined for Teterboro Airport in New Jersey, where a chartered flight was waiting to take the Billikens home. However, due to traffic encountered in Chinatown in Manhattan, the plan to watch the NCAA Tournament selection show in the private airport terminal was in jeopardy. At the last minute, the team bus exited the freeway and zipped into a Best Buy in Secaucus, N.J. There the Billikens learned they would be a No. 4 seed in the NCAA Tournament, the best seed in school history.

SLU finished with a 28-7 record in 2012-13, the most wins in program history. and the Bills are poised for more success. Crews had the interim tag removed from his title in the off-season, and the team return four starters as they look to repeat as A-10 champions and advance to a third consecutive NCAA Tournament.