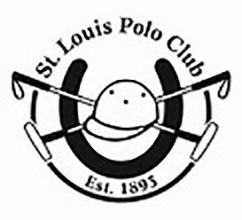 Organized polo in St. Louis officially began on April 15, 1892, when a group of 12 men leased a property known as Colliers Farm in Bridgeton, drew up bylaws for an entity known as the St. Louis Country Club and began playing polo.  The next year they joined the United States Polo Association (USPA), which had been formed three years earlier. St. Louis was the first member club west of the Mississippi River. In 1893, the new St. Louis polo team played its first benefit polo match for Children’s Hospital. The venue was Sportsman’s Park.

The legacy of playing charitable benefits continues today. In 1894 the club moved to what is now Polo Drive off Hanley Road in Clayton and then in 1914 to the field presently still utilized for polo at the St. Louis Country Club. Among the early players were Dwight Davis, donator of the Davis Cup in tennis, and G.H.Walker, known for donating the Walker Cup in golf as well as being grandfather and great grandfather of two U.S. Presidents.

From 1915 until World War II, St. Louis fielded a strong polo team competing throughout the country.  Locally, a strong rivalry existed between the St. Louis Country Club team and an army team from Jefferson Barracks. General John J. Pershing even refereed one of those matches. However, the onset of World War II forced polo in St. Louis to be abandoned for several years. After the war polo resumed but new young players needed to be attracted to the sport. To encourage young equestrians to take up the game, several of the older players offered to trade a polo pony for any horse, no matter how bad, to any rider showing potential. For several young future players who would make up the backbone of St. Louis Polo for the next couple of decades, this deal was too good to turn down. Among those young players were Dolph Orthwein and Paul Von Gontard whose families continue to play an important part in St. Louis Polo today.

In the 1950s the tradition of playing polo for a charitable purpose was resumed. Property in the Chesterfield Valley was purchased by several players and an annual match to benefit Muscular Distrophy was initiated. In the 1970s, this endeavor was expanded with the formation of a tax exempt entity, St. Louis Benefit Polo, Inc., to coordinate events. St. Louis County Parks loaned a field at Buder Park, which provided a great venue for attracting spectators and raising awareness about the game and the charities. The 1980s and ’90s saw polo continue to grow in St. Louis as the local club produced several nationally top rated players.

In 1991, the St. Louis team consisting of Billy and Andy Busch, Mike Azzaro and Carlos Gracida, playing as Grant’s Farm Manor, won the most coveted trophy in American polo, the U.S. Open. Today St. Louis Polo Club continues to be strong with more than 40 active players.

Over the years charitable benefit matches have raised millions of dollars for a number of worthwhile causes. This year games have been played both at McGehee field in Chesterfield and Kraftig field in New Melle for the benefit of Cardinal Glennon Danis Pediatric Center, Endangered Wolves, Therapeutic Horsemanship, Gateway to Hope and Epworth Children’s services.

Polo is an exciting team sport, featuring teamwork not only between the players but also between each rider and his horse.  It provides fast action and is a great family spectator event.