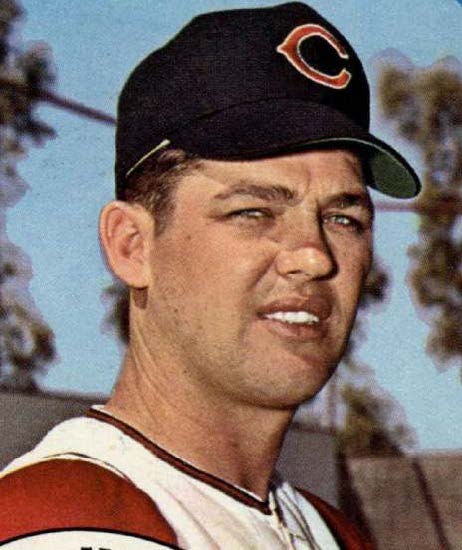 He was originally drafted simultaneously by the Cleveland Indians and the St. Louis Hawks of the NBA.

Siebert attended Bayless High School in South St. Louis County and the University of Missouri. He played on Mizzou’s 1958 team that lost in the College World Series finals in 12 innings.

Siebert joined the baseball team at Missouri his junior year. Playing first base for the Tigers in 1958, Siebert led the team in home runs with eight, and helped lead them to the final game of the Collegiate World Series, which they lost to Southern California. He was named first team All-Big 8 and third team All-American.

In the WS tourney, Mizzou defeated Western Michigan, Colorado State and Holy Cross before losing to Southern Cal , 8-7, in 12 innings in the title game. Siebert was selected to the CWS All-Tournament team that year.

Siebert’s father cautioned Sonny at a young age to stay away from the pitching mound. “Dad never wanted me to pitch,” explained Sonny about his father, who at one time looked to be a promising pitcher. “Dad could throw very hard and Rogers Hornsby who was managing the (St. Louis) Browns, liked him so much he asked him to try out with the club at camp the next spring. But dad threw his arm out before he was to report.”

After his single season of college baseball, Siebert signed with Cleveland as an amateur free agent in 1958. He signed as an outfielder, but found it boring because there was so little action that came his way. He played sparingly in the lower classes of the Indians chain. On the final day of spring training in 1959, with Class C Minot of the Northern League, Siebert collided with his shortstop and missed the first two months of the season. Later that summer, he broke his right ankle in a base-running incident, ending his season after just 61 games.

He reported to the Florida Instructional League, but was limited to pitching batting practice after the cast was removed from his ankle. His pitching ability caught the eye of minor league pitching coach,Spud Chandler. The former Yankee great urged Siebert to forgo his trial in the outfield, and concentrate on pitching. “Chandler said he felt I still had a good chance to make the big leagues as a hitter, but he told me I would probably make it a lot faster as a pitcher,” recalled Sonny.

At the time Siebert was contemplating a position change, his hometown St. Louis Hawks, of the National Baseball Association, came calling, offering Sonny a tryout on their 1959-60 squad. He attended their training camp, participating in two-a-day workouts for two to three weeks. Even though he favored basketball, he eventually chose to follow the path to the pitching mound. “

After the College World Series, Siebert signed with the Indians, and it was two years into his minor league career that Indians pitching coach Spud Chandler convinced Siebert to let him try pitching. Siebert made his debut in 1964, and posted 16 wins in both 1965 and 1966.

On June 10, 1966, Siebert pitched a no-hitter against the Washington Senators. He was third in the American League in ERA in 1967. Siebert had a 12-10 record in his final full year in Cleveland, in 1968. After the season, he was traded along with Joe Azcue and Vincente Romo to the Boston Red Sox for Ken Harrelson, Dick Elsworth, and Juan Pizarro. Siebert spent five seasons with the Red Sox and was named an All-Star in 1971. He was traded in 1973 to the Texas Rangers, and then played for the St. Louis Cardinals, San Diego Padres, and Oakland Athletics.

Siebert is the last American League pitcher to hit two home runs in one game, accomplishing the feat as a member of the Boston Red Sox on September 2, 1971, against the Baltimore Orioles. On September 11, 1974, he was credited with the win in a 25-inning Cardinal win over the New York Mets. It is the second longest game in innings played in National League history.