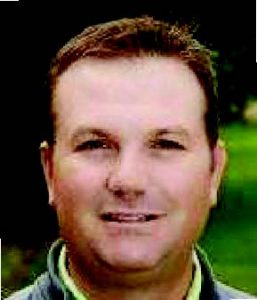 It would seem Skip Berkmeyer’s destiny was to play golf. It was as simple as that. After all, life on the links seemed to run in his family’s veins. His mother, Barbara, won the State Amateur five times. His wife, Jamie, won it twice.

However, because he didn’t concentrate solely on golf as a youngster at Chaminade, Berkmeyer was not a young phenom. He just liked to play many sports. But his golf was good enough to make him an All-Stater at Chaminade and a three-time NAIA All-American at St. Ambrose College.

Berkmeyer, now co-owner of All-Star Trophy in Ballwin with his father, possibly could have been on the PGA tour. Instead, he chose to be one of St. Louis’ greatest amateur players ever. “I grew up dreaming to be like former Missouri amateur greats like Jim Holtgrieve,” he said.”

Did his thoughts ever turn to turning pro? “I don’t think it was ever in the cards for me,” he said. “I wasn’t that good when I was younger. I am better now in most facets of the game. The experience helps. I just know more about the game.” 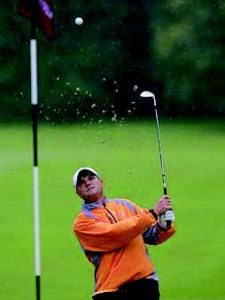 Skip was born in Oklahoma City, Okla., but his family moved to St. Louis when he was nine. How has he handled the pressure of playing in high-profile tournaments? “My mom gave me the greatest tip,” he recalls. “She said everybody gets nervous. It’s how you handle it. If it’s hard for me, it’s hard for the other golfer. Just go through the routine and do the best you can. In golf, you lose way more than you win. You have to remember those good times when there is the most pressure.”

Berkmeyer says he still has goals from a golfing standpoint. “I want to win the U.S. Mid-Amateur. I want to play in the Walker Cup,” he said.

(Portions of this story credited to Frank Cusumano)