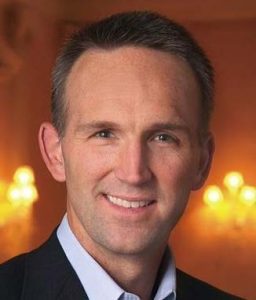 Scott Highmark is one of the most decorated student-athletes in St. Louis men’s basketball history. A native St. Louisan, Scott came onto the sports scene as a high school Senior where he led Parkway West High School to its first and only State Championship in basketball in 1991. At the time, he set the state record for points in a championship game with 30 points vs. Columbia Hickman. His senior year, he was named the St. Louis Post Dispatch Player of the Year and 1st team All State.

He enrolled at St. Louis University in the fall of 1991. After enduring two losing seasons his freshman and sophomore years, he led the Billikens to a national ranking and the NCAA tournament in 1994, the first time in 30 years for the school. Playing for legendary Coach Charlie Spoonhour, he and the Billikens followed that year up with another 23 win season, and trip to the NCAA tournament where they advanced to the Second Round and lost to the number 1 seed Wake Forest and their star Tim Duncan.

He finished as the #5 all time leading scorer in St. Louis University history and the 3rd all time leading three point shooter.  He was twice named an All Conference player in the Great Midwest Conference. An excellent student as well, he was a two time Academic All American and the nations’ leading vote-getter his junior year. He was awarded the Great Midwest Conference Male Student Athlete of the Year in 1995. He was inducted into the St. Louis University Athletic Hall of Fame in 2001 and voted a member of the All Century Team in 2016. 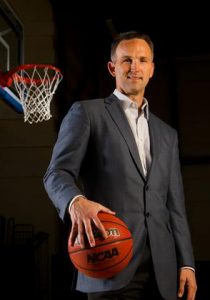 After a brief professional basketball career overseas, he began his career in the wealth management business and is now the President of Mosaic Family Wealth, a Registered Investment Advisory and multi family office with headquarters in St. Louis.

He also has served as a TV color analyst for college basketball for over 20 years on Fox Sports Midwest covering St. Louis University, the Missouri Valley Conference and various other college and high school events.

He has been active serving the community serving in various roles including the President of the Board of Westminster Christian Academy as well as the Boards of the St. Louis Sports Commission, St. Louis University’s Billiken Athletic Board and the Fellowship of Christian Athletes.

Married for 22 years to Linsey McMillan Highmark, they have three daughters, Taylor, Brooke and Lane and reside in Town & Country, MO.