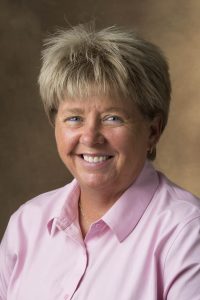 Sandy Montgomery is synonymous with softball success throughout the collegiate ranks and specifically at Southern Illinois University Edwardsville, a Division I school and member of the Ohio Valley Conference.

Montgomery, who retired from SIUE following the 2018 season, nationally made her mark coaching the Cougars for 29 years. She compiled a record of 1,051-540-2, for a winning percentage of .660 and ranks among the top 30 coaches for career victories.  In addition, Montgomery served as the Cougars associate director of athletics and helped lead the department from the NCAA Division II ranks to NCAA Division I membership in 2008.

SIUE softball began its Division I journey in the 2009 season with a 40-10 record. The Cougars completed the Division I transition by winning the OVC Tournament in 2014, earning an automatic bid to the NCAA Division I Championship.

“Sandy Montgomery is one of the four pillars that created the SIUE athletics’ culture and tradition of excellence,” SIUE director of athletics Brad Hewitt said. “We as an athletic department are successful both on and off the field because of Sandy Montgomery, the alumnae, coach, administrator and friend. She has mentored and positively affected the lives of so many young coaches and of course student-athletes over the past three decades. The sport of softball in this region and nationally has been elevated because of her.”

One of her greatest achievements as a coach was leading the Cougars to their only softball national title in 2007. That team, which finished 49-8 in winning the Division II title, also earned a spot in the SIUE Athletics Hall of Fame.  The Cougars twice (2002, 2006) won more than 50 games under Montgomery’s direction, registered 40-or-more wins eight times and posted 30-or-more win seasons for 14 consecutive years from 1996-2009.

She served as an outstanding pitcher for the Cougars before becoming their head coach in 1989. The Caseyville (Ill.) High standout right-hander first came to SIUE in the fall of 1981 under head coach Cindy Jones.  Montgomery was inducted into the SIUE Athletics Hall of Fame as a player after setting many school pitching records. While coaching all the players who would go on to break her records, she continues to hold the school records for the lowest earned run average in a career (0.85) and shutouts (42).

“It has been a great run, and I’ve really enjoyed working with so many great student-athletes,” said Montgomery, also an Illinois Amateur Softball Association Hall of Famer. “I am very thankful for my time at SIUE. Throughout my years, I have been fortunate to coach and build amazing relationships with many tremendous players. These relationships will continue to be an important part of my life.  As I have always said, once a Cougar, always a Cougar.”

Hewitt said Montgomery’s influence on the Cougars’ program was monumental. “We are grateful for all of Coach Montgomery’s contributions to Cougar athletics during her SIUE tenure,” he added. “Her teams not only performed at a championship level on the field but also carried that excellence into the classroom. Her loyalty and dedication to this university is immeasurable.” Hewitt noted, “The successes she brought to the university are significant. Her contributions to our Division I journey are irreplaceable and her Alumni remain consistently engaged with our program.”