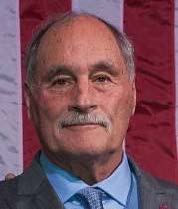 To St. Louis area sports fans, Staggs is most known for building the Berkeley High track and field dynasty. He was the Bulldogs’ coach from 1971 to 2004. Under his leadership, the Bulldogs were the toast of high school track programs in the state of Missouri.

A native of Kirksville, MO, Staggs attended Kirksville High and went on to enjoy a standout football career at Truman State University in his home town. He graduated from Truman State in 1966.

Staggs coached football and track at South Shelby High from 1967 and ’68 and then coached in Iowa for three more seasons. He made the move to the St. Louis area in 1971 where he took over the track program at Berkeley High School. He immediately instilled a tough regimented program that stressed hard work, discipline and more hard work. His practices were rigorous and his discipline was unwavering. He also stressed the team concept in what is mostly considered an individual sport.

Staggs also added a unique aspect to his program at Berkeley. Although he was coaching teenagers at the high school level, he avoided calling his athletes boys and girls and he rarely referred to them as kids. Instead, he referred to his athletes as men and women. Anytime you saw a Berkeley athlete in uniform, all of their apparel read, “Berkeley Men’s Track or Berkeley Women’s Track.” “If they did the work load and put up with me, they were men and women,” Staggs would always say. “If you could handle my workouts, you could be in the Marines.”

From the moment he took over at Berkeley, the Bulldogs became a force in Missouri prep 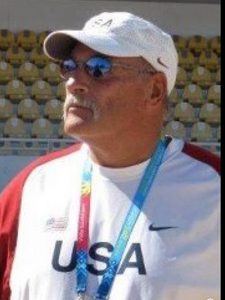 track. Staggs’ athletes brought home several state championship medals and their relays were so dominant that Berkeley started to become known as “Relay U.”

Some of the names of Berkeley track athletes who developed under Staggs’ guidance resemble the Who’s Who of Missouri track and field history: Michael Rodgers, Lavar Miller, Dan Futrell, Rick Stovall, Marlon Boykins and Alonzo Parrish. The list is endless.

After a tremendous run at Berkeley, Staggs ascended to the collegiate level at Lindenwood University, where he quickly made the Lions a powerhouse program. The Lions won a pair of National Intercollegiate Athletics Association (NAIA) national championships and were also national runners-up twice. During that span, the Lions had 64 All-Americans and 25 individual and relay national champions.

He was just recently named the head men’s coach for the USA team that will compete in the NACAC U23 Meet in Mexico this summer. Staggs has also coached at the high school level in Loveland, CO, where he led Loveland High to a couple of state championships.