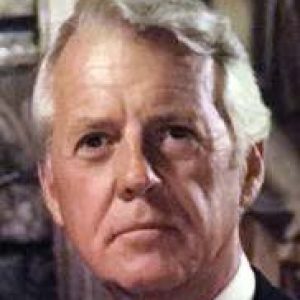 A pioneer in sports medicine, Dr. Hyland was lauded by Baseball Commissioner Judge Kenesaw Mountain Landis as the “Surgeon General of Baseball.” While Hyland, Jr. admired his father’s accomplishments, he also had a weak stomach when it came to medicine, so he chose another path. Hyland Jr. considered an acting career and even professional baseball, but ultimately, the younger Hyland decided that his future was in broadcasting. His baseball and sports roots would continue to play a large role throughout his long and storied career.

Hyland’s St. Louis radio career began in 1945 at KXOK, where he worked in advertising sales. He was hired by CBS Radio in 1950 and sent to WBBM in Chicago, returning to St. Louis less than two years later to work at KMOX. He rose from his first job as national sales manager to general sales manager to assistant general manager in two years. 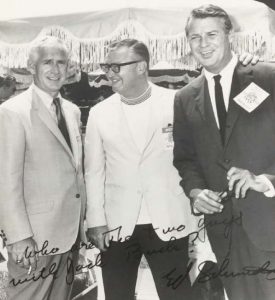 Under Hyland’s leadership, in 1960, KMOX became the first major radio station to adopt an all-talk format, named “At Your Service.” The original “social media,” Hyland’s vision of inviting politicians and other experts to interact with listeners has since been adopted by some 2,000 radio stations around the world.

Mr. Hyland was the only radio executive at CBS to be named a senior vice president. He was offered the presidency of CBS Sports and of the CBS Radio Network, but turned them down to remain in St. Louis. CBS founder William Paley said that KMOX, under Hyland, is “The jewel in CBS’s crown.”

Hyland’s duties extended past the radio station. He was a civic leader who was president of the St. Louis Zoo Commission and board chairman of St. Anthony’s Medical Center, Lindenwood University, and the Muny, and was a founding member of the organization responsible for the building of the Gateway Arch. In a 2014 column, St. Louis Post-Dispatch Columnist Bill McClellan listed Hyland among the region’s “Titans of business” and “adult leaders.”

The Wall Street Journal called Hyland one of the nation’s most notorious workaholics. He arrived for work at KMOX long before sunrise, six days a week and often called the station from home when he heard something on air that could be improved.