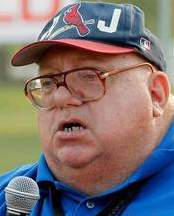 (Edited from the The Belleville News-Democrat)

Richard “R.J.” Krause was an all-star in East St. Louis, the hometown he never abandoned and home of the young athletes he loved to mentor. A longtime elementary school teacher, Krause also coached East St. Louis youth for 49 years and, along with his brother, Russell, was an IHSA official for more than 30 years.

In 1979, Krause started the RJ Krause All-Star Sports Club to introduce youth to organized athletics. He sponsored and coached teams in a wide range of sports including basketball, softball, track and field, football, tennis and even cheer-leading. He also chaperoned his members on trips to various sporting and entertainment events. By his own estimation, they attended more than 250 St. Louis Cardinals baseball games, 138 University of Missouri football games, and took 30 field trips to Six Flags. Krause said he coached more than 6,200 games and worked with more than 5,000 youth everywhere from St. Phillip Catholic School to Nelson Mandela 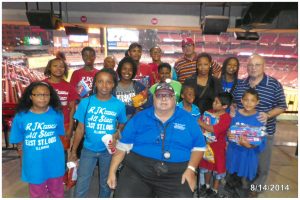 Elementary to East St. Louis Senior High, from which he graduated in 1968. He cast a wide influence throughout East St. Louis, Russell said.

In 2013, R.J. and Russell were inducted into the Illinois Basketball Coaches Association Hall of Fame as “Friends of Basketball.” It was among the many awards R.J. received throughout the years. Among those he coached were NFL tight end and Hall of Famer Kellen Winslow Sr. and Major League Baseball player Homer Bush.