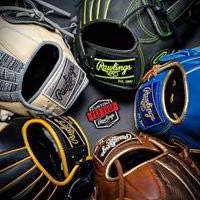 Established in 1887 as a retail sporting goods store in downtown St. Louis, Rawlings ® has since grown to be one of the largest sporting goods manufacturers worldwide. With its world headquarters still located in the heart of St. Louis, Rawlings is most-recognized for developing and producing innovative, high-performance equipment and apparel for players of all ages and abilities, from “Little League to the Big Leagues”.

With an assortment of baseball, softball, basketball, football and licensed product lines, Rawlings is present everywhere team sports are played. Some of the nation’s most well-known leagues and conferences integrate Rawlings’ unparalleled product portfolio into their sports: as the Official Helmet and Ball Supplier to Major League Baseball®, the Official Baseball and Softball of the NCAA®, the Official Helmet of National Pro Fastpitch ®, and as an official sponsor of countless youth organizations such as Babe Ruth League®, Pony League® and the USSSA®.

Consistent with its legacy of innovation, Rawlings has made significant contributions over the years to the category of protective headwear, most recently with the introduction of the MACH batting helmet at the beginning of the 2019 regular season. This new helmet protects at pitch speeds up to 105 miles per hour and features a re-engineered shell design with unique venting technology and interior padding configuration.

In addition to providing industry-leading technological solutions for the protective headwear category, Rawlings continues to pave the way in terms of glove design. In 1921, Rawlings – along with former pro athlete Bill Doak – developed the modern-day glove pocket with the thumb and forefinger attached to form a web. Rawlings holds more glove design patents than any other brand and is credited with creating the popular Trap-Eze® (6-finger design) and Basket® (stretchable basket weave pocket) webs.

Updates have been made over the year to ensure Rawlings’ world-renowned gloves continue to stay ahead of the game. For instance, in 2018, Rawlings introduced a new take on the established Heart of the Hide® series, a favorite of pros since the 1950’s, known as the Heart of the Hide Ready to Go™ series featuring a softer, more broken-in leather to appeal to a younger demographic. Additionally, custom gloves continue to be an area of expertise for Rawlings with countless options available to customers via Rawlings.com.

Staying true to its standard of defensive excellence, Rawlings established the Rawlings Gold Glove Award® in 1957 to recognize the 18 top defensive players in Major League Baseball.

In 2007, Rawlings expanded the program to recognize collegiate and high school defenders as part of the coveted award’s 50th anniversary. A few short years later in 2011, Rawlings introduced the Platinum Glove Award™ which incorporates a fan vote naming the very best defender in each league from all the “Gold” recipients at the pro level.