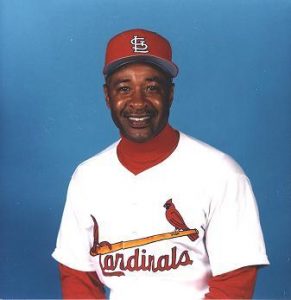 Ozzie Smith is known in baseball as “The Wizard” and the best defensive shortstop of all time. He was inducted into the Major League Baseball Hall of Fame in 2002. Ozzie retired from baseball in 1996 after 19 years in the major leagues. He spent the first four years with the San Diego Padres and the final 15 with the St. Louis Cardinals. His nickname describes the way he played shortstop — he performed magic with his glove and performed in the field with amazing acrobatic agility.

Ozzie Smith broke countless records during his career:
• All-time assist leader at shortstop with 8,375
• All-time leader at turning double plays, with 1,590
• 13 consecutive Gold Glove Awards, signifying the best at his position
• Was the starting shortstop for 10 consecutive years in the All-Star Game.

His other noteworthy baseball accomplishments include:
• Earning his 2000th hit in 1992, finishing his career with 2,460 hits
• Becoming one of the toughest hitters to strike out. In 1994, he joined his friend Eddie Murray as the only two active players with 17 straight 100-hit seasons.
• Being named to the All-Century 100 Best Baseball Players of the 20th Century by Major League Baseball.

Off-the-Field Accomplishments:
•2001 recipient of the “Walter Payton Sweetness Award,” given to the athlete who has contributed to his community as well as being recognized in his particular sport.
•1995 recipient of the Roberto Clemente Award, the humanitarian honor of Major League Baseball.
•1994 recipient of the Branch Rickey Award, personifying “Service Above Self”.
•1992 St. Louis Man of the Year, a prestigious civic award never before given to an athlete.
•1986 Father of the Year Honors Group Award
•1983 NAACP Image Award for Sportsmanship, Humanitarianism, and Community Involvement. 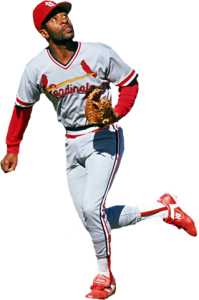 ing various charities such as the Multiple Sclerosis Society, The Variety Club, Ronald McDonald House, Annie Malone Children’s Home, Boys Club of St. Louis, and Kids in the Middle. Since retiring from baseball, Ozzie succeeded Mel Allen as host of radio’s This Week in Baseball, was the color analyst for Cardinal broadcasts in 1997-1999, and served as the baseball analyst for CNNSI, a joint venture between CNN and Sports Illustrated from 1999 and 2002. Ozzie also served as the education ambassador to the National Baseball Hall of Fame, a position created expressly for him. He also has corporate affiliations with John Hancock, Street & Smith publications, Keefe Group, Kraft, Nabisco and Radio Shack.

In 1998, 1999 and 2001, Ozzie was cast in three theatrical productions at The Municipal Theatre in St. Louis. He had a cameo role in “Damn Yankees” in 1998. In 1999 he sang and tap danced in “The Muny Goes British,” a musical revue based on songs from various Broadway musicals, and in 2001 he starred as The Wizard in The Muny’s production of “The Wizard of Oz.”

In 2005, the CD, “Oh Say Can You Sing” was released, featuring Ozzie singing the Sam Cooke song “Cupid.” The CD includes 10 other major league baseball players singing their own versions of popular songs. Proceeds from this project benefits the players’ designated charities.