Among the many places where St. Louis soccer seeded, rooted and flourished is the Kenrick-Glennon Seminary in Shrewsbury. The place opened in 1915 to prepare priests who would serve the Archdiocese of St. Louis. Coincidentally, the former Prep South High School at Kenrick-Glennon produced future pro Al Trost and St. Louis U. and SIU-Edwardsville head coach and U.S. Soccer Federation president Bob Guelker.

The seminary itself included Jimmie Johnston, later a monsignor, who started for the Ben Millers, the first St. Louis team to win a national championship in 1920 and Lloyd Sullivan, another monsignor-to-be and future CYC director, who played for the Henses team that lost in the 1925 Muny League championship series. Most notable of all the soccer seminarians, though, is Louis F. Meyer, whose major accomplishments came after his ordination as the driving force behind CYC soccer for more than 30 years.

“When we started the CYC sports leagues, we felt strongly that it would be a new concept for teaching the basics of the Church, sort of an informal education, while keeping kids, as we said, ‘within the shadow of the steeple,’” said Meyer, who turned 91 in October (2010). A major dividend is that a number of 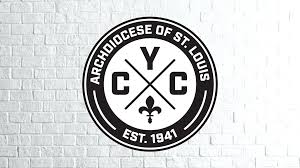 kids take CYC sports as a pathway to a formal higher education. Meyer’s favorite saying along those lines is “put something back in the pot.”

“The wonderful thing about soccer is that you don’t have to be 6-foot-8 and weigh 300 pounds. You just have to be a kid who can run fast as hell,” Meyer said. “Here in St. Louis, one of the reasons why we have these leagues is so kids can play and get a chance to go to college. “And then,” Meyer said with a sly look in his eye, “they can get good jobs and come back to help soccer.”

Helping soccer has been Meyer’s second calling and not far removed from his first. A north St. Louisan who grew up near Fairground Park, Meyer was named the CYC’s associate director in 1948, two years after his ordination as a priest. The CYC was in the early stages of forming sports leagues for all ages after yanking its teams from the Muny League following the Muny’s refusal to allow CYC teams with African-American players. Meyer succeeded Sullivan as CYC director in May 1960, by which time the CYC had grown from 7,500 athletes in the late 1940s to more than 25,000. During Meyer’s 32 years in the CYC a great deal was put back in soccer’s pot:
• Sponsorship of international matches that brought the likes of Liverpool, Manchester United and Glasgow Celtic to St. Louis from 1955-71
• Institution of the Gold and Silver Boot awards given annually since 1965 to honor those making major contributions to soccer in St. Louis
• Establishment of the Bronze Boot game, which pitted St. Louis University against SIU-Edwardsville when both were annually ranked in the nation’s top 10
• Reorganization of CYC junior soccer into districts under the sponsorship of Pepsi, providing a highly competitive environment that enabled St. Louis squads to win 15 out of 20 national junior championships from 1960-79
• Startup of the Busch Major League for senior players which provided highly competitive soccer for men, including college players, in the college off-season
• Importing Pele for a whirlwind series of personal appearances in St. Louis in 1973 at the behest of a petition signed by 15,000 local soccer players
• Opening soccer and other CYC sports to girls in the late 1960s

Meyer lives by St. Mary Magdalen Church where he was pastor from 1966-1985. When he looks from his doorway across Kingshighway, he sees the parish gym that bears his name and, fittingly, is the new home of the CYC office.