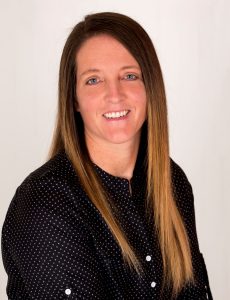 Misi Clark-Jones put her indelible imprint on the Southern Illinois University Edwardsville women’s basketball program. The Cougars gave her a certified stamp of approval for doing it. Clark-Jones, the leading scorer in SIUE women’s basketball history with 2,164 points from 1997-2001, did it all during her four years playing for the Cougars. She’s in their Hall of Fame, as well as the Great Lakes Valley Conference Hall of Fame. At that time the Cougars belonged to the Division II GLVC and Clark-Jones, a 2003 SIUE graduate, was one of the finest players in that competitive league.

“She’s very deserving going into the St. Louis Hall of Fame because Misi was one of the top athletes I ever coached,” said former SIUE head coach Wendy Hedberg (1979-2008). “She played hard and she played well. She was a good athlete who could do it all.”

Clark-Jones always sought to do everything possible to win, whether it was at SIUE, during her high school days playing in Paris, Illinois, or competing with the Chicago Blaze in pro basketball. Her trademark was that she gave it her all.

“I really enjoyed the overall experience and opportunity I had at SIUE,” Clark-Jones said of her memorable collegiate days. “I played for four years there and had great teammates and great coaches.” She was equally great. Just check the statistics. Clark-Jones averaged a school-record 19 points per game during her career, when the Cougars compiled a 79-35 record and were among the elite programs in the GLVC. 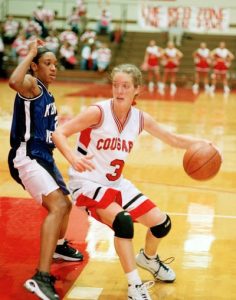 They made three appearances in the NCAA D-2 tournament and Clark-Jones played a pivotal part in their progress. She was a four-time all-conference selection, the Co-GLVC Player of the Year in 1999-2000 and a three-time All-America selection. The Cougars thought so much of her they retired her jersey (No. 3), the first one retired by the university.

Those awards were fine, she said, but there was more to it than honors. Clark-Jones’ driving work ethic stirred her to excel in her favorite sport. “I wanted to come ready to play every game,” she said. “I tried to compete every night.”

The Cougars let her do what she did best – run the team. She served as their engine and fueled their play in a high-octane way. “She was a complete package,” Hedberg said of the 5-foot, 10-inch Clark-Jones, a point guard with a knack for scoring. Clark-Jones added, “That the role Coach Hedberg had for me – run the offense, create things and score. She gave me the green light to shoot.”

One of her most defining moments was her 40-point game against Kentucky Wesleyan. It came during her junior season and Clark-Jones put the exclamation point on her performance by converting 18 free throws. She averaged 21.4 ppg that year, a single-season record. Overall, she also finished in the Top 10 SIUE categories for free throws made (No. 1), steals (No. 1), games played (No. 1), field goals made (No. 2), 3-pointers made (No. 2), assists (No. 2), blocks (No. 3) and rebounds (No. 8).

“Those four years were special for me,” said Clark-Jones, who also played two years for the Chicago Blaze in the National Women’s Pro Basketball League. “It had a great impact on me.”

The impact continues. Clark-Jones is a teacher and basketball coach at Shelbyville, Illinois Junior High school. She coaches the eighth-grade girls’ basketball team. Misi and husband, Roger, have two children: Mason, an eighth-grader and Mackenzie, a sixth-grader. Naturally, both youngsters plays basketball.

“Playing is way easier than coaching,” Clark-Jones quipped. “But I enjoy coaching and the best part about it is when all the pieces start to fall and come together.” That’s sort of like her playing career, when it all came together for her at the right time. Clark-Jones said the St. Louis Hall of Fame honor caps her grand career. “I’ve been done playing basketball for something like 20 years, so this (award) is pretty neat,” she said.