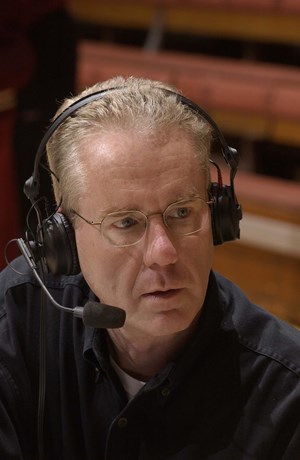 Mike Reis began his student sportscasting career at WSIU Radio and WSIU-TV in 1975. He became a part-time sportscaster at WCIL Radio in Carbondale, Ill., in 1976 and moved to full time in 1978.  A graduate of SIU’s Radio & Television program in 1978, Reis is in his 40th year as the Voice of the Salukis doing radio play-by-play of Southern Illinois University football, basketball, and baseball. 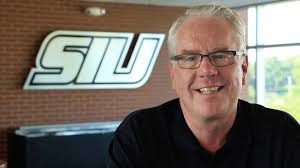 He is tied with Bradley’s Dave Snell for longest active tenure in the Missouri Valley Conference and ranks seventh overall in longevity among Division I broadcasters.  When asked who his broadcasting aspirations were, he replied, Jack Buck, Harry Caray and Joe Tait.

In 2005, Mike was inducted into the SIU Athletics Hall of Fame and into the Illinois Basketball Coaches Association Hall of Fame the following year.  He was named the recipient of the SIU Alumni Association Achievement Award for Service in 2007 and the recipient of the 2008 John Sanders Spirit of the Missouri Valley Conference award. In addition, Reis was the SIU 2008 College of Communications and Fine Arts Commencement speaker as the College’s 2008 Alum of the Year.  He officially joined SIU’s athletic department on August 1, 2008, as the school’s director of external & broadcast operations.

Reis was born in Cincinnati and grew up in Cleveland attending St. Viator High School in Arlington Heights, Ill. his junior and senior years. He then went to SIU and never left.