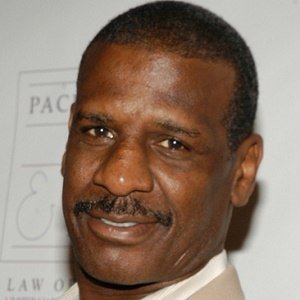 On September 21, 1985, Larry Holmes stepped into the ring at the Riviera Hotel and Casino in Las Vegas, attempting to tie Rocky Marciano’s record of 49-0 as a heavyweight champion. That’s when he ran head on into “The Spinks Jinx.” St. Louisan Michael Spinks dashed Holmes’ dreams and made boxing history of his own by winning a unanimous 15-round decision and becoming the first reigning light-heavyweight champion to capture the world heavyweight title. That victory was the crown jewel in Spinks’ boxing career, which included a 93-7 record and two national gold glove championships as an amateur, an Olympic gold medal and a 31-1 mark as a professional.

The younger brother of Leon Spinks and the uncle of Cory Spinks, renowned boxers themselves, Michael was a 6-1 underdog when he faced Holmes. The judges’ scores were close—145-142, 143-142, 143-142—but Spinks emerged as the new heavyweight champ. Seven months later, he successfully defended his title with a split decision over Holmes.

Once Spinks put on a pair of leather gloves, he ascended like a shooting star in the boxing world. He won national golden glove titles in 1974 (as a light middleweight) and in 1976 (as a middleweight). He brought home a gold medal for the U.S. in the ’76 Olympics in Montreal, where he scored a technical knockout over the Soviet Union’s Rufat Riskiev in the middleweight finale. 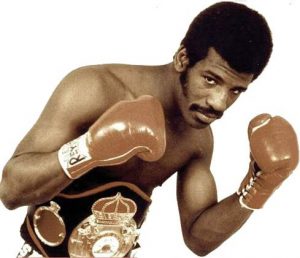 After briefly putting his career on hold to care for his mother and to help Leon prepare for his heavyweight championship bout with Muhammad Ali, Michael turned pro in 1977 at the urging of promoter and manager Butch Lewis. He won his first pro fight on April 17, 1977 when he knocked out Eddie Benson in the first round.

After Spinks won his first 16 bouts as a pro, 11 by a knockout or TKO, the WBA named him as its No. 1 challenger to reigning light heavyweight champion Eddie Mustafa Muhammad. On July 18, 1981, Spinks wrested the belt from Muhammad by knocking him down in the 12th round and emerging with a 15-round unanimous decision. Spinks successfully defended his title in his next five fights, then beat Dwight Muhammad Qawi in a unanimous decision that also landed him the WBC, The Ring and the vacant lineal light heavy titles.

After his back-to-back heavyweight victories over Holmes, Spinks scored TKOs over Steffan Tangstad and Gerry Cooney. He was 31-0 when he took on Mike Tyson for the undisputed heavyweight title on June 27, 1988, in Atlantic City. Each boxer was undefeated and claimed to be the legitimate champion. What then was considered to be the richest event in boxing history (with a gross of around $70 million) ended quickly. Tyson became the first opponent to knock down Spinks when he scored a knockout victory after only 91 seconds.