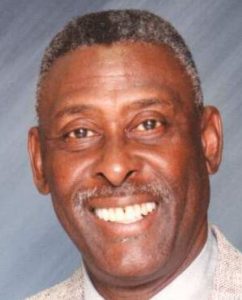 Neals took over a lackluster program at Soldan in 1974, won the 4A state title in 1981. After a hiatus from coaching, he came back to win three state titles at Cardinal Ritter.

He was honored by the Missouri State High School Athletic Association with their Distinguised Service Award. In 2011 at the NAACP annual Freedom Fund dinner, he was awarded the Inspirational St. Louis Award.

Growing up, Neals played three sports at Sumner High School in St. Louis – he was a first baseman in baseball, an end in football, and a forward in basketball. In 1960, he received All-Conference honors in basketball and an honorable mention in football. While playing for coach James Price at Sumner, the Bulldogs became the first African American high school to win a Regional in the state of Missouri.

Neals received an academic and athletic scholarship to play at Fisk College, then returned to St. Louis to play basketball for Harris Teachers College. He graduated from Harris, finishing as the school’s leading scorer, averaging 25 points. He also went on to play for six months with Goose Tatum’s famous Harlem Road Kings.

Neals and his wife, Dorothy, have two daughters, Patricia and Michelle; two sons, Ronald and Leroy; and five grandchildren.