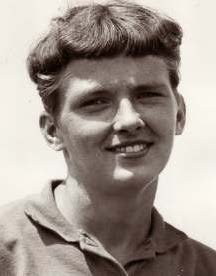 It seems as though Marcella Rose has always been a part of the women’s golf scene in St. Louis. Ever since the mid-’50s, Marcella’s name as been synonymous with excellence on the fairways.

One might say Marcella’s love for golf came naturally. For instance, she shot a nine-hole 35 the first time she was on a golf course. And competitively, she shot 35 on the front 9 during her first national golf  tournament in 1959.

From 1954-1969 she played semi-pro basketball— scoring 30 points in several games. She also was invited to try out for a team to be chosen for the Pan-Am Games in Cuba, a venture scuttled by lack of transportation.

But she found golf to be her destiny. Her aunt put a golf club in her hands when she was a youngster — and that was it. “My Aunt Lu showed me in the backyard how to hold a club and how to swing,” she said. “The next day I went to the Forest Park 9-hole course and shot a 35.” 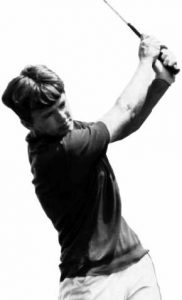 Several of Forest Park’s Paramount Club members served as her tutors from then on, watching over her as she played and practiced. From then on, she watched and practiced, seeing the top amateurs of her day — Jimmy Jackson, Bob Cochran Jim Tom Blair and Ted Rhoades, whose swing she began replicating.

Marcella joined Crystal Lake and her competitive nature took over. She participated in the women’s groups during the week and found games with “the guys” on weekends. She even held the Crystal Lake record of 64 — before it was broken a week later. Marcella left Crystal Lake, played competitively out of Normandie and Meadow Lake Acres for some national tournaments and then joined Norwood.

n 1993, Marcella began taking USGA rules workshops and has been attending workshops ever since. She is now considered an expert on the subject and has volunteered to officiate local USGA events and Amateur Qualifying events conducted by the Metro Golf Association.

She became a board member of the Women’s Trans National Golf Association in 2002 and helps put on two tournaments a year, senior and amateur, at various sites around the country. As greens director, she determines hole locations as well as working as a rules official. She has officiated the Trans in St. Augustine, Fla., Coeur d’Alene, Idaho, Elverson Pa., and Las Vegas, among others. She is often called upon to help officiate NCAA, Missouri high school, Missouri Women’s State and other local city championship events.