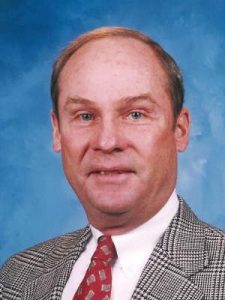 The Lou Fusz Soccer Club gives young people the opportunity to develop the required skills to compete at the high school, collegiate and professional levels. Lou wanted to give area players a place to learn and grow their soccer skills while becoming well-rounded individuals.

Lou had always been active in sports and envisioned the soccer club as a way to give back to the community. With the 2017 announcement of Lou Fusz Athletic, introduction of a lacrosse club and acquisition of Rams Park, the organization is having a tremendous impact on thousands of local families.

A native St. Louisan, Lou was a graduate of St. Louis University High School. He earned a B.A. at Georgetown University in Washington, D.C., and was a two-year basketball player.

Lou has received numerous honors and achievements in the auto industry and in the community. He was Time Magazine’s 1989 Quality Dealer of the Year and a Sports Illustrated All-Star Dealer. Lou was named a Best of St. Louis auto dealer six times by Riverfront Times.

Lou and his wife, Corinne, have five children – Corinne, Louis III, Randy, Peter and Patrick – who are involved with the Fusz soccer organization.