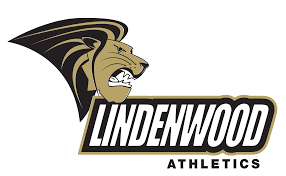 On a sunny day in late October 2012, the Lindenwood football team was hosting Missouri Southern in the MIAA Game of the Week. The Lions were honoring their senior class and held a 14-point fourth-quarter lead. Then suddenly, a devastating play changed the course of Lindenwood athletics. A 5’10”, 170 pound freshman and product of a high school program at Union High in Tulsa, Oklahoma, where they had won four straight State Football titles, was put into the game at cornerback. Sterling Thomas was wanting to help his team preserve the lead. While attempting to make the tackle, Thomas went down in a way the fans in the stands knew would be a major injury…and it was much worse.

Taken off the field in a stretcher, the game resumed, the Lions held onto the lead for a victory, but the grim news of the Thomas shocked the Lindenwood family….it was a severe spinal cord injury. Sterling Thomas was paralyzed. He would spend the next five months in rehab in Atlanta, Georgia.

Immediately the football team, friends, family and the entire campus rallied for Sterling. They began raising

money to help pay major medical bills. There was the bracelets that said “S.T. #27 –LU Soldier”. The St. Louis Rams players donated over $40,000 in cash, there was a restaurant night in St. Charles where 10% of the gross receipts were donated to the Sterling Thomas Fund.

In February, 2013, Coach Brad Soderberg’s Lions and the Athletic Department promoted a “Sellout for Sterling Night” and the public packed the arena. Over 3,000 fans cheered the Lions and Sterling that night. Money was raised throughout the game. The students went “Buck Wild” when the Lions reached their 27th point, Sterling’s football number. The student body became solidified behind the campaign. Students produced fund raising videos for the game and made sure there was a full house and electric atmosphere.

No one was more touched than Sterling Thomas and it did much to keep him upbeat and fighting for his future. “When I heard about the Sellout game idea I thought to myself, ‘I’m not going through this alone and there are others fighting with me to help me reach my goal, said Thomas.

Sterling works everyday in Oklahoma to improve his physical condition while keeping a positive outlook working to finish his college degree. He is a model of courage. Thanks in large part to the continued participation of Lindenwood University in this long recovery phase. Lindenwood was awarded the NCAA Division II Award of Excellence for their efforts to raise money and awareness. A record number of universities sought the award, but the “Sellout for Sterling” campaign prevailed.

The St. Louis Sports Hall of Fame joins in the recognition of Lindenwood University for the service and compassion demonstrated the students, staff and faculty in helping Sterling Thomas.