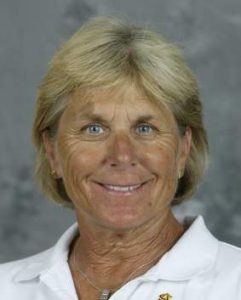 Linda Wells drew upon the support of her family – particularly her parents – to become a driving force as a player and coach in women’s softball. She etched her mark on the sport as a player, coach and advocate. Wells, a native of Pacific, Mo., coached championship softball team teams at the U.S. National, Olympic, Pan-American Games, International and NCAA Division I college level.

She has been inducted into 10 Halls of Fame, earned six medals and retired in the Top 10 of the all-time winningest coaches in NCAA history. Wells said her father, David Wells, supported her budding athletic career at an early age, while her mother, Blanche Wells, realized the importance of sports in her daughter’s life when Linda began playing professional softball for the St. Louis Hummers. 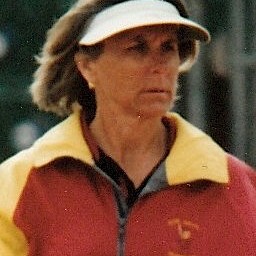 Throughout her days as a player into her career as a coach, Linda’s family was there. “They watched my teams play during my (coaching) career at Minnesota and made annual treks to Phoenix,” Linda told the Missourian in 2010. “My family attended the College World Series for years. They have traveled to Hawaii, Athens and across the country to watch me or my teams compete. When they could afford it, they came. When they could not afford it, they came anyway.”

Wells was part of the first all-woman coaching staff when she joined the U.S. National Softball team in 1985. The U.S. team won the gold medal at the South Pacific Classic in Melbourne, Australia and repeated the feat at the 1987 Pan American Games in Indianapolis. Wells’ medal count reached six after earning international medals at the European Championships, the World Championships and the Olympic Trials.

On the international level, Wells coached the Greek team during the 2004 Olympics in Athens and was on the staff of the Netherlands team for the 2008 Olympics in Beijing. She served as president of the National Fast Pitch Coaches Association and did clinic work throughout the world with the International Softball Federation.

Wells played and coached professionally with the Chicago Ravens and the Hummers of the Women’s International Professional Softball League. She went on to coach three sports at the University of Minnesota and softball at Arizona State University. Wells coached the Sun Devils to 14 NCAA Regional appearances in 16 years, including reaching the College World Series in 1999 and 2002.

Wells earned 17 national championships as  an amateur and played five sports at Southeast Missouri State University. She is the only female athlete at Pacific High School to have her number retired. The City of Pacific also named a field in her honor.