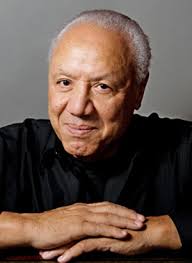 As unique a basketball player that Lenny Wilkens was, the former St. Louis Hawks’ player has an even more extraordinary record. The Brooklyn native is the only individual to be inducted three times into the Naismith Memorial Basketball Hall of Fame – first in 1989 as a player, as a coach in 1998, and as part of the U.S. Olympic “The Dream Team” for whom he was an assistant coach in 1992.

Leonard Randolph “Lenny” Wilkens was a two-time All-American (1959 and 1960) at Providence College. He led the Friars to their first NIT appearance in 1959, and to the NIT finals in 1960. When he graduated, Wilkens was the second-ranked scorer in Friar history with 1,193 points. In Wilkens’ first year at Providence, the freshman squad had a record 23-0 season. Wilkens was a first-team selection to two All-America teams and in his senior year he was named the NIT’s Most Valuable Player.

He was drafted by the St. Louis Hawks and emerged as one of the greatest point guards in the history of professional basketball. He played for seven seasons for the Hawks and then spent the next four seasons with the Seattle SuperSonics where he first assumed the role of player-coach. 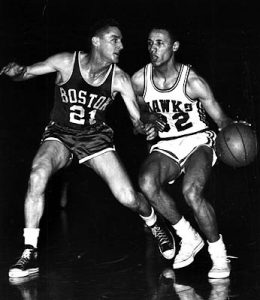 In his first season leading the Sonics, he also led the league in assists. He played three seasons with the Cleveland Cavaliers before ending his playing career as a player-coach with the Portland Trail Blazers in 1975. In his 15 seasons on the court, he averaged 16.5 points and 6.7 assists. The crafty left-hander ranks among the all-time leaders in assists, free throws and games played. At the time of his retirement, he was the NBA’s second all-time leading playmaker. He was a nine-time NBA All-Star and was named Most Valuable Player in the 1971 All-Star Game.

At the end of his playing career, Wilkens continued his coaching career in the NBA, serving the Seattle SuperSonics as both head coach and general manager, leading them to an NBA Championship in 1979. He coached the Cleveland Cavaliers for six seasons and was head coach of the Atlanta Hawks from 1993 to 2000. In three of those seasons, Wilkens led the Hawks to 50 victories, including two con- secutive 50-win seasons. During his coaching career, Wilkens also served as president of the NBA Coaches Association and was active in the U.S. Olympic basketball program. Wilkens received two Olympic gold medals, as assistant coach of the 1992 U.S. “Dream Team,” and as head coach of the 1996 U.S. Olympic basketball team, a second consecutive Olympic championship.

In 1994, Wilkens was named NBA Coach of the Year after leading the Hawks to a 57-25 mark, the best record in the Eastern Conference. He also served as a head coach in four NBA All-Star Games. He became the NBA’s winningest coach on January 6, 1995, when the Hawks beat Washington for his 939th career win, surpassing Red Auerbach’s 938 victories. Later that year, he became the first coach in NBA history to break the 1,000 victory threshold.

After the 1997-98 season, he was named to the NBA’s list of the 50 Greatest Players – and Top 10 Coaches – in the league’s history. He was the only person to make both lists. Including play-off and All-Star games, he has participated in more games as player and coach than anyone else in league history. When he was inducted into the Basketball Hall of Fame in 1998, he became only the second person to receive this dual honor, after the late John Wooden of UCLA.

Wilkens spent three seasons as head coach of the Toronto Raptors before returning to his native New York in January 2004 to coach the New York Knicks. Within a month, he scored his 1,300th victory. Once again, he took his team to the playoffs, but the next season proved to be a dis- appointment, and at age 67, he retired from fulltime coaching.