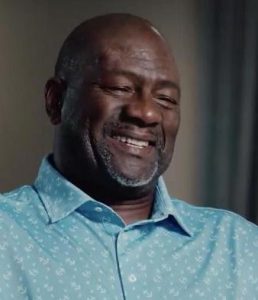 With a blazing fastball and nasty slider that matched his imposing figure on the mound, Lee Smith was the last dominant closer who pitched multiple innings. Smith amassed 487 career saves, including 160 with the St. Louis Cardinals. He was the longtime holder of the Major League Baseball save record before being supplanted by Trevor Hoffman and Mariano Rivera.

Smith pitched for eight teams in the major leagues over 18 years, primarily with the Chicago Cubs – the team he broke in with in 1980. Smith, who has been a candidate for 14 years, is still awaiting his induction into the MLB Hall of Fame. While today’s closer role has become an exclusive one-inning specialist role, Smith registered 169 saves of more than an inning and 94 saves of two or more innings. Plus, many of the teams he played on weren’t playoff caliber clubs. 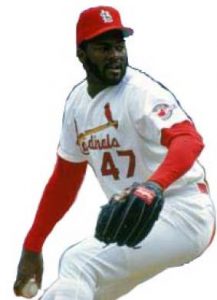 Striking an intimidating presence at 6-foot-6, 265 pounds with a 95-plus mile-an-hour fastball, Smith was the Saveleader three times in the National League and once in the American League. He set a National League record with 47 saves for the Cardinals in 1991 and was runner-up for the Cy Young Award. He later led the American League in 1994 while with the Baltimore Orioles.

Smith set the major league career record for games finished (802), and his 1,022 career games pitched were the third-most in history when he retired. He still holds the team record for career saves with the Cubs (180), and he also held the Cardinals record (160) until 2006, when Jason Isringhausen eclipsed it.

Smith was a seven-time All-Star and three-time winner of the Rolaids Relief Man Award (1991, 1992 and 1994). In 1995, Pulitzer Prize-winning sportswriter Jim Murray selected Lee Smith as the active player most likely to be elected to the Baseball Hall of Fame, describing him as “the best one-inning pitcher the game ever saw,” and “the best at smuggling a game into the clubhouse in history.” Only Hoyt Wilhelm, Rollie Fingers, Dennis Eckersley, Goose Gossage, and Bruce Sutter have been inducted into the Hall of Fame based primarily on their relief pitching. And only Sutter has been inducted with fewer innings or starting appearances than Smith.

Said Hall of Fame St. Louis Post-Dispatch sportswriter and St. Louis Hall of Fame historian Rick Hummel of Smith: “If you took a poll of players when he played, there isn’t one guy who wanted to hit against him.”

Since his retirement in 1998, Smith has served as a roving minor league pitching instructor for the San Francisco Giants.