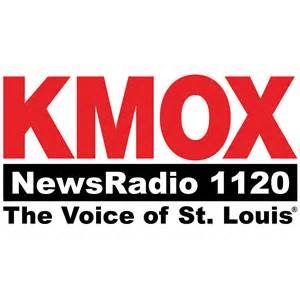 More than just a slogan, KMOX has become “The Voice of St. Louis” since the day it signed on air December 24, 1925, by voicing the daily life of the community, and by giving voice to real people who know KMOX is their radio station, a place where they can be heard.

The birthplace of News Talk Radio in the 1960s, KMOX remains the only station in St. Louis with a fully staffed newsroom, sports department and local programming staff providing local content seven days a week, twenty-four hours a day and breaking news and weather bulletins.

KMOX’s involvement with the region goes beyond what KMOX employees do on the air. KMOX donated more than $250,000 in promotional support for local charities last year. The KMOX Voice of Caring program spotlighted 12 charities and included the donation of $54,000 in support. KMOX held a fundraiser for flood victims in the state of Louisiana and raised $20,000 and 5 truck loads of items donated. KMOX staff members traveled to Haiti and volunteered 5 days at orphanages in Cap-Haitien.

KMOX personality Charlie Brennan volunteered his time and personal resources to collect 500 winter coats for 30 Syrian refugee families and arranged to have an exterminator spray their bug-infested apartments. KMOX staff members serve on dozens of boards and committees, volunteer time, and take the podium to raise money and public awareness.

For decades, KMOX has been the go-to station for sports broadcasts. Legendary sportscasters like Jack Buck, Harry Caray, Bob Costas, Dan Kelly, Joe Buck, Dan Dierdorf, Ron Jacober and Bob Starr have graced the 1120 microphones. KMOX continued to embrace new media platforms in 2016 to serve our audience. The KMOX Digital Team generates daily content for 80,000 Twitter followers, 17,000 Facebook friends, and for the KMOX.com website which had 5,573,861 millions visits with 7,292,784 page views in 2016.