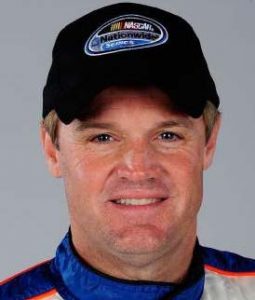 As a former NASCAR driver, St. Louis’ own Kenny Wallace is renowned not only for his racing prowess but also his national television on-air persona.

Wallace set the NASCAR record in 2011 for most career NASCAR XFINITY SERIES starts, amassing nine wins and 10 pole positions, 66 top-five and 173 top-10 finishes in 547 XFINITY Series starts. In a racing career that spanned more than 25 years, Wallace competed in more than 900 races in NASCAR’s top three divisions since his 1988 NASCAR debut driving for Dale Earnhardt.

The August 2015 NASCAR XFINITY SERIES race at Iowa Speedway was his final NASCAR start. Wallace, the son of accomplished Midwestern short-track racer, Russ Wallace, and brother of NASCAR drivers Rusty and Mike, also finished runner-up in the XFINITY Series points in 1991 and is one of only four NASCAR drivers to have won the Most Popular Driver award multiple times even though he didn’t start racing until age 22 .

The 1986 American Speed Association (ASA) rookie-of-the-year made his NASCAR debut in September 1988, driving for Dale Earnhardt and finishing seventh in the XFINITY Series race at Martinsville Speedway. He transitioned into a full-time XFINITY Series ride in 1989 for a team fielded by Rusty Wallace, winning rookie-of-the-year honors and completing the season sixth in the point standings. 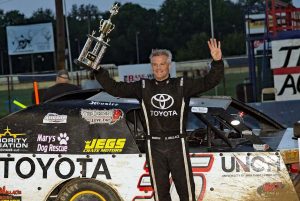 Nicknamed “Herman” after the mischivous “Herman the German” cartoon character for his boisterous behavior, Wallace maintains a rigorous dirt-racing schedule in the No. 36 Toyota DIRTcar entry. He got his television start in 1994 calling a Monster Energy NASCAR Cup Series race for TNN alongside Mike Joy and Buddy Baker. Wallace brings his infectious humor, trademark laugh and widespread popularity to his work as an analyst for NASCAR Raceday on FS1, the network’s pre-race program covering the Monster Energy Series. He also co-hosted “Late Shift” weeknights on SiriusXM NASCAR Radio from 2015 to 2017.

Although retired from NASCAR driving, Wallace, renowned for “racing anything and everything,” continues to race his No. 36 Toyota DIRTcar in more than 60 dirt races per year, a consciously scaled-back effort from years past to afford himself more family time. The 55-year-old Wallace currently resides in St. Louis with his wife, Kim, three daughters, two grandchildren.