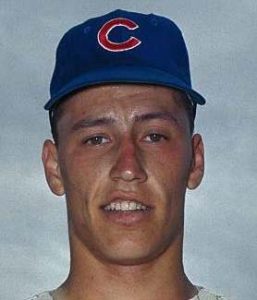 Holtzman was selected in the fourth round of the 1965 amateur draft by the Chicago Cubs. The 6-foot-2, lanky left-hander was 19 years old and was in his sophomore year at Illinois. He was given a bonus to join the Cubs organization, but later got his bachelor’s degree in business administration and later earned a master’s degree.

Holtzman quickly advanced through the minors and at one point struck out 114 batters in 86 innings in Class A. Based on his success, Holtzman was called up to the Cubs, making his major-league debut on September 4, 1965. Holtzman pitched in three games for the Cubs that year, demonstrating that he would contend for a rotation spot the following season.

After an early-season relief appearance in 1966, he made his first major-league start on April 24 in a matchup against Don Drysdale and the World Series champion Los Angeles Dodgers. Holtzman pitched six shutout innings and got the win in the 2-0 Cubs victory. 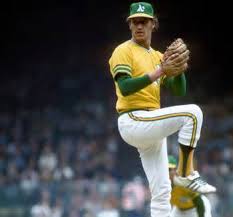 Another highlight of that rookie season was a match-up between Holtzman and his boyhood idol, Sandy Koufax. Holtzman was stellar, going into the ninth inning with a no-hitter before giving up two singles. Holtzman got the complete game 2-0 victory, striking out eight Dodgers.

By that time, the Cubs were promoting Holtzman as the new Sandy Koufax. A hard-throwing, left-handed Jewish pitcher, Holtzman quickly became the ace of the Cubs’ staff and one of the majors best pitchers.

The 1967 season was unusual for Holtzman. He got off to a good start, winning his first five decisions before being called up by the Illinois National Guard for a six-month tour of duty. While at Fort Sam Houston in Texas, Holtzman learned that he could get weekend passes so he could return to the Cubs to pitch.

Beginning in mid-August, Holtzman was granted weekend passes, and flew to wherever the Cubs were playing. He pitched in four games, and was extremely effective, winning all four. For the season, he went 9-0 with an ERA of 2.53.

Ken spent nine years with Chicago (in two stints), but spent his best years with Oakland, where he was traded in 1971. It was no coincidence Oakland won the World Series during Holtzman’s first three seasons with the A’s. During that time, Holtzman won 19 games in 1972, 21 in 1973, and 19 in 1974.

Holtzman was traded to the Baltimore Orioles in 1976, but was dealt to New York Yankees where he played for three seasons.

He was named to the American League All-Star team twice (1972, 1973), and also had two no-hit games. His first came on Aug. 19 against the Atlanta Braves (getting Hank Aaron to ground out for the final out), and his second on June 3, a 1-0 decision against the Cincinnati Reds.

Holtzman also became the first pitcher to hit a home run in the World Series after the designated hitter came along, helping his cause with a home run against the Los Angeles Dodgers in 1974.