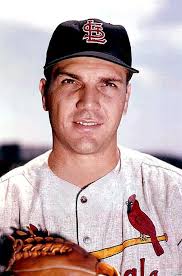 One of the most overlooked and underrated players in the rich history of the St. Louis Cardinals, Ken Boyer rarely receives the credit he deserves for having been one of the finest all-around third basemen in National League history.

Overshadowed by fellow third basemen Eddie Mathews and Ron Santo for much of his career, Boyer held his own. However, only in two or three of his 15 major league seasons was Boyer widely recognized as the National League’s top player at his position. Nevertheless, the Cardinals captain earned All-Star honors seven times, won five Gold Gloves, and finished in the top 10 in the league MVP voting four times, winning the award in 1964, when he led his team to the world championship.

Born in Liberty, Mo., Boyer grew up the fifth of 14 children in Alba, Missouri. The third eldest of seven brothers, Boyer had little difficulty fielding a team to compete in pick-up games as a youngster. In fact, two of his siblings – Cloyd and Clete – also played in the majors.

After graduating fhigh school, Boyer received an invitation to attend a special tryout camp at Sportsman’s Park in St. Louis. Although he usually played either the infield or the outfield, the Cardinals believed Boyer’s strong arm made him a potential pitching candidate. He spent most of his first two minor league seasons working as a pitcher. However, as he later recalled, “I had no control. No curve, and not much of a fastball.”

However, he performed so well at the plate that the Cardinals shifted him to third base. Playing every day for the first time as a professional, Boyer finished the 1951 campaign with 90 runs batted in and a .306 batting average and was solid at third base.

Boyer had to put his baseball career on hold when the Army drafted him. He spent the next two years serving overseas, although he continued to play ball for the Army, playing games in Germany and Africa. 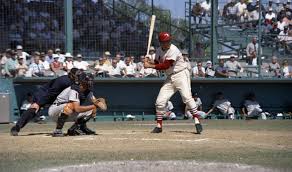 After the Army, Boyer had a solid rookie season in St. Louis, hitting 18 home runs, driving in 62 runs and batting .264, while also fielding his position well. He developed into a star the following year, when he hit 26 homers, knocked in 98 runs, scored 91 others, and batted .306, earning in the process his first selection to the N.L. All-Star Team. Boyer also displayed his versatility in 1957, when the Cardinals moved him to center field.

Back at his more familiar position of third base in 1958, Boyer excelled both at the bat and in the field for the Cardinals. In addition to hitting 23 home runs, driving in 90 runs, scoring 101 others, and batting .307, he won the first of four straight Gold Gloves for his outstanding defensive work at the hot corner. His 41 double plays that year equaled the second-highest total in league history to that point.

Manager Solly Hemus named him captain of the Cardinals prior to the start of the 1959 season. Even though he was a quiet man, Boyer had a great deal of influence in the Cardinals clubhouse, leading by example. Boyer also received a great deal of credit from several of his black teammates for helping to create the racial harmony that made the team what is often considered the first truly integrated team in the major leagues.

In addition to possessing outstanding power, the 6-2, 200-pound Boyer had good speed. After stealing a career-high 22 bases as a rookie, he went on to record double-digits in stolen bases four other times.

Boyer enjoyed his finest season to-date in 1961, when he hit 24 homers, knocked in 95 runs, and established career-highs with 109 runs scored, 194 hits, and a .329 batting average. He finished third in the league in batting, fourth in runs scored and hits, and placed seventh in the MVP voting.

Boyer capped his brilliant year with a clutch performance against the New York Yankees in the 1964 World Series. With the Ya

nkees ahead two-games-to-one in the Fall Classic and leading Game Four by a score of 3-0 in the top of the sixth inning, Boyer shifted the momentum of the Series by hitting a grand slam home run off New York starter Al Downing. The Cardinals won the game, 4-3, and ended up winning the Series in seven games.

Boyer homered, collected three hits, and scored three runs in the decisive Game Seven, leading his team to its first World Championship since 1946.