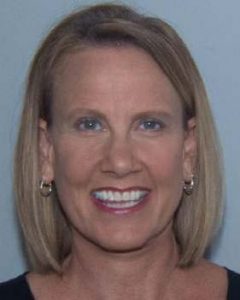 (Portions of this article taken from St. Louis Post-Dispatch)

It’s been almost 2 1/2 years since legendary St. Joseph’s Academy volleyball coach Karen Davis told her students that she was retiring from coaching. Davis had more than 600 victories in 21 seasons at the school that sandwiched a seven-year break at St. Joseph’s. The Angels won eight state championships and went to 16 final fours during her tenure. She left on a high note after guiding the Angels to the Class 4 championship match. St. Joseph’s went 27-9-2 that season.

For her efforts, Davis was inducted into the AVCA Hall of Fame in Columbus, Ohio. “Humbling is an understatement,” Davis said at the time of her induction. “When you look at that list there are very few high school coaches on there and I think I’m the first strictly high school coach from Missouri.” Richardson, who played and later coached under Davis before taking over the program, nominated Davis for the honor. Richardson was a basketball player when she arrived at St. Joseph’s as a freshman – until Davis saw her. “She saw me walk into the gym and I was 6-2 and I think she was happy about that,” Richardson said. “But, I was a wreck my freshman year and she helped develop me.”

Under Davis’ watch, the credo was always academics first. Collectively, the team’s GPA never dropped below 3.5. For example, when Richardson wasn’t taking her classes seriously as a freshman, Davis took a special interest in her. “She made me sit in her office during all my free time until my grades improved and I was so mad at her,” Richardson said.

More than wins and losses, Davis loved mentoring young girls to become strong, independent young women. Her program produced numerous All-Americans and dozens of her players earned college volleyball scholarships. “The one thing I’m so proud of is 80 percent of these kids have either coached or are coaching down the line,” Davis said. “They are passing it forward.”

St. Joseph’s athletics director Maureen McVey has known Davis since they went to college together at the University of Missouri – St. Louis, where Davis was a standout volleyball player and McVey a standout soccer player. The relationship continued at St. Joseph’s where they each built powerhouses coaching their respective sports. “When the players stepped onto Karen’s court they knew they were going to get a quality coach,” McVey said. “There’s a respect here for our coaches because of that. If you wanted to play volleyball here in St. Louis, you came here because you wanted to be coached by Karen Davis.”