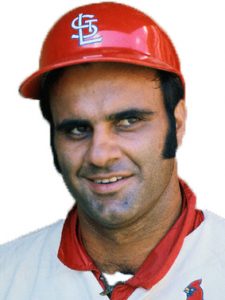 Joe Torre won National League Most Valuable Player honors with the Cardinals in 1971, highlighting an 18-year playing career split between catcher (he won a Gold Glove in 1965), first base, third base and the outfield. He also managed the Cardinals from 1990 to 1995. 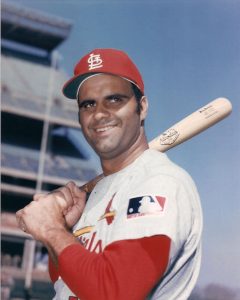 In December 1971, Torre was awarded the 1971 Hutch Award, given annually to the player who best exemplifies the fighting spirit and competitive desire of former Cardinal manager Fred Hutchinson. But after the 1974 season, he was traded to the New York Mets for pitchers Ray Sadecki and Tommy Moore.

Torre has also worked as a television color commentator for the California Angels for NBC’s Game of the Week telecasts, where he shared duties with Jay Randolph.

Torre is Chairman of the Joe Torre Safe At Home Foundation, which he and his wife, Ali, launched in 2002. In 2010, he was appointed by President Obama to serve on the National Advisory Committee on Violence Against Women.