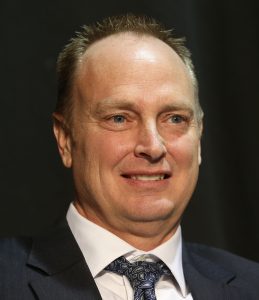 lf you were a professional indoor soccer coach from 1993-2006 and needed a goal-scorer, then Joe Reiniger was your guy. Reiniger became one of indoor soccer’s most prolific scorers during those years.

The Collinsville native, mostly using his dangerous left foot, put the ball into the net more than 600 times fo 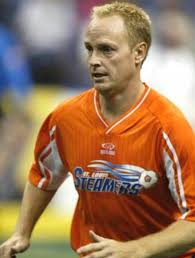 r a variety of teams, most of them in St. Louis. He played for the St. Louis Ambush, the Milwaukee Wave, and the second version of the St. Louis Steamers. Along the way, he was named to six all-star teams and the NPSL All-Rookie team. He was the MVP of the 2001 NPSL championship while with Milwaukee.

One of the highlights of his indoor pro career came when he helped the St. Louis Ambush to the 1995 NPSL championship, the only league title won by a professional team in the storied soccer history of St. Louis. Reiniger was the team’s second-leading scorer with 51 goals and 26 assists. “I don’t know that we were the most talented team in the league, but we definitely outworked the teams we played,” Reiniger told the St. Louis Post-Dispatch on the 20th anniversary of the Ambush’s championship.

He also excelled in outdoor soccer. He is fourth all-time in scoring at Southern Illinois University-Edwardsville with 37 goals and 19 assists from 1989-92. But Reiniger came along at a time when there was no major outdoor professional soccer league in the United States. Major League Soccer did not play its first season until 1996.

Today, Reiniger works as a wealth management adviser for Visionary Wealth Advisors and is president of the Gateway Rush youth soccer club in Troy, Ill.