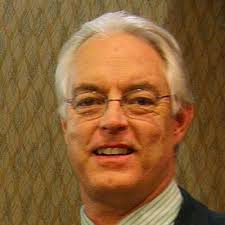 Joe Ostermeier has worked as a journalist for the Belleville News-Democrat for four decades, serving as an award-winning sports editor, columnist and St. Louis Cardinals beat writer.

In 2014, The Associated Press and Illinois Press Association named him Illinois’ best sports columnist, and he and his staff have won numerous other sports-writing honors. Those include first-place awards for breaking news coverage of Game 6 of the 2011 World Series, other Cardinals postseason games and numerous other sports events and profiles of athletes and coaches at the professional, college and high school level in the metro-east.

He is the longtime chairman of the St. Louis Chapter of the Baseball Writers Association of America, has been active in the chapter for three decades, and has been instrumental in the yearly planning of the St. Louis Baseball Writers Dinner, one of only two such events in the United States. He is a charter member of the Red Ribbon Committee for the St. Louis Cardinals Hall of Fame, working with the team’s Baseball Hall of Famers and other St. Louis media personalities to nominate players for annual induction into the team’s Red Jacket Club.

He also served as one of the Official Scorers at the 2009 All-Star Game in St. Louis, and at the 2011 World Series, including the aforementioned Game 6 of that series, widely acknowledged as one of the greatest Fall Classic games ever played. He is proud to have his name (

albeit, in very small type) on the official scorecard of that game.

For more than 20 years, Ostermeier directed the News-Democrat staff’s coverage of high school and college sports in Southern Illinois, and the newspaper became the preeminent source for amateur sports news, notes, previews and profiles in the region.

He has been lucky enough to cover two Super Bowls, six World Series, and 127 postseason games for the Cardinals, almost exactly half of the 256 playoff games in the history of the franchise. All told, he has seen approximately 1,500 Cardinals games in person, and isn’t surprised when he sees something new or unique at every game he attends.

One surprise, though: His first Baseball Writers Dinner in 1991, when he found himself in the third row of the head table sitting directly behind a couple fellows named Ted Williams and Stan Musial. After an initial “What am I doing here?” moment, he saw The Splendid Splinter scurry out a back door to avoid the fans after the dinner, while Stan The Man hung around and signed every autograph asked of him.

The list of friendships wouldn’t be complete without his fellow sports staff all those years at the News-Democrat, including Steve Korte, David Wilhelm, Norm Sanders, Dean Criddle, Rod Kloeckner and others, including news staffers Jeff Couch, Todd Eschman, Pat Kuhl, Gary Dotson, Jason Koch and others too numerous to mention.

Whatever success he experienced came because of their hard work and dedication, and he is proud of the journalism they all did.