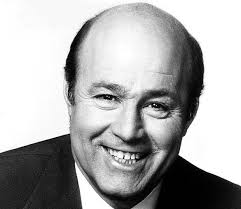 Joe Garagiola signed with his hometown St. Louis Cardinals at age 16 and made his Major League debut at age 20 in 1946. A left-handed hitting catcher, he was 6-for-19 in five World Series games in 1946 as a rookie, including going 4-for-5 with 3 RBI in Game 4 against the Red Sox. Garagiola went on to bat .257 with 42 home runs and 255 RBI in 676 games during a nine-year career with the Cardinals, Pittsburgh Pirates, Chicago Cubs and New York Giants.

Garagiola turned to broadcasting following his retirement as a player, calling Cardinals broadcasts on KMOX Radio with Harry Caray and Jack Buck from 1955-62. In 1961, he began a 30-year association with NBC and teamed with Bob Wolff and George Kell on national baseball broadcasts for the network during the 1960s.

Garagiola called New York Yankees games with Red Barber from 1965-67 and alternated play-by-play duties with Curt Gowdy on NBC from 1974-76. He teamed with analyst Tony Kubek on NBC from 1976-82 before shifting to color analyst duties when Vin Scully joined the network in 1983. Garagiola and Scully were NBC’s No. 1 baseball broadcast team from 1983-88, calling the Saturday “Game of the Week,” three All-Star Games, three National League Championship Series and three World Series. Garagiola later had a brief stint as a color analyst for the California Angels. 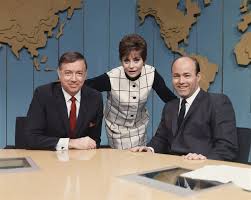 Besides calling baseball broadcasts, Garagiola was a panelist on NBC’s “Today” show from 1967-73 and again from 1990-92. He occasionally guest-hosted the “Tonight Show Starring Johnny Carson” and hosted numerous popular game shows in the late 1960s and 1970s, including “He Said, She Said,” “Joe Garagiola’s Memory Game,” “Sale of the Century,” “To Tell the Truth” and “Strike It Rich.” Garagiola also hosted the “Baseball World of Joe Garagiola” and the Westminster Kennel Club Dog Show. For his numerous contributions to baseball broadcasting, Garagiola was enshrined in Cooperstown as the Ford C. Frick Award recipient in 1991. The Arizona Diamondbacks renamed the broadcast wing of the press box at Chase Field in Garagiola’s honor on Sept. 20, 2009. The broadcasting section of the press box now includes a 50-foot photo timeline of Garagiola’s career and the home broadcast booth is called the “Joe Garagiola Broadcast Booth.”

Garagiola has always been extremely active in the community and was honored as the 1998 recipient of the Children’s MVP Award presented by the Jim Eisenreich Foundation. He works tirelessly for the Baseball Assistance Team, and is very visible at Major League spring training camps, educating players on the evils of chewing tobacco. Garagiola was honored in 2001 by the Arizona Chamber of Commerce for his work in the community, which includes his efforts on behalf of the St. Peter’s Indian Mission in the Gila River Indian Community. Nicknamed “Awesome Fox” by the staff of St. Peter’s, the baseball field at St. Peter’s School is named “Awesome Fox Field” in his honor.

Garagiola and his wife, Audrey, reside in Scottsdale. His son, Joe Jr., served as general manager of the Diamondbacks from 1995-2005 and is currently Senior Vice President of Baseball Operations for Major League Baseball. Garagiola’s other son, Steve, is a reporter and anchor for WDIV-TV in Detroit. His daughter, Gina, has worked as a reporter for KTVK-TV in Phoenix and is currently a freelance writer for numerous publications.

Garagiola is the author of several baseball books, including “Just Play Ball,” with the foreword written by his lifelong friend, Yogi Berra.