For more than 40 years, Jim Lemen was the face of John Burroughs High School athletics. Lemen, who retired as the Bombers athletic director in July 2010, piled up triumph after triumph at the school – in many sports.

As the Bombers’ head football coach from 1970 until 2004, John Burroughs compiled an overall record of 238-123-4 that included eight state championships and 10 trips to the finals. He also served as head baseball coach on two different occasions, first from 1974-75 then from 1987-1999. He reached the final four on four different occasions in that sport and brought home a state championship in 1991. And, for good measure, he has also coached girls and boys basketball, track, softball and seventh and eighth
grade athletics. 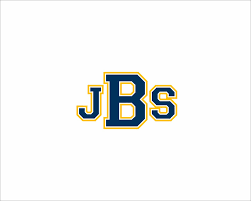 So it’s no surprise that the press box at the Burroughs football field is named after Lemen. “Jim embodies all of the values that Burroughs holds,” said Andy Abbot, Head of Schools at John Burroughs. “He’s a scholar, an athlete and he gave an incredible amount to the community.

Lemen, who began his career at Burroughs in 1963 as a history teacher, is from Western Hills, Ohio, just outside of Cincinnati. He earned his undergraduate degree at Dartmouth College and his masters from the Harvard Graduate School of Education. He stepped away from John Burroughs for a brief period from 1966 to 1970 when he went back to the Ivy League. Lemen was given the opportunity to be the assistant football coach at Cornell University. Lemen returned to Burroughs in 1970 as teacher, head football coach and athletic director.