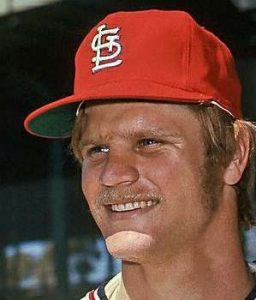 I remember when I wanted to be a Major League baseball player. My Dad had taken my brothers, Jim, John, and me to a Cardinals game at old Busch Stadium on a Sunday afternoon in the late 50s. The sights, smells and sounds left a major impression on me! I don’t remember if the Birds won or lost — I knew this was what I wanted to do!

On the way back to Overland, I proclaimed from the back seat, “I’m gonna be a baseball player!” There was silence. Finally, older brother Jim spoke up. “You, me and everybody else,” he stated when he turned to face me. “But the odds of making it are maybe one in a million.” In a moment of rare clarity, especially for someone less than 10 years old, I shot back, “There’s gotta be one…why can’t it be me?”

That back seat declaration stayed with me for the rest of my childhood. When I looked at my baseball card collection, I imagined myself wearing each uniform. But, the Cardinals were first and foremost. What baseball-playing kid growing up in St. Louis during the 50s and 60s didn’t want to play for the Cardinals? I wore that image like a second skin. It was there when I played games at Overland’s Legion Park and then again at St. Ann’s ABC 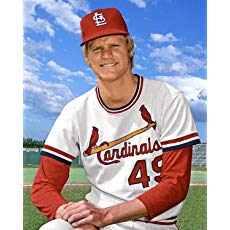 In the 9th grade, I made the JV team at Ritenour High School. That summer, American Legion coach John Ailworth selected me for the Thoman-Boothe team. “I could see you had a chance to go places,” he later told me.

I learned early in high school to have a solid back-up plan if baseball didn’t work. Mine was basketball. There were more college hoops scholarships available than there were for baseball. Earning top grades, I had my “bases covered.”

Lee Engert was in the midst of a 22-year run as Ritenour’s baseball coach. We won the state championship in 1966 and 1967. Engert took a great deal of pride when his players advanced to college on a scholarship. He once asked me, “Do you want to attend college?” I said yes. “With baseball, basketball and your grades, you may be able to choose from a number of different schools,” Engert remarked.

I signed a letter of intent to attend SIU on a baseball/basketball scholarship in the spring of 1967. When the Cardinals drafted me in the second round, I had the best of both worlds. While Engert saw the benefits of a college degree, John Ailworth took a different approach. “As a basketball player, you could be a good small college forward. At the major college level, you’re not big enough to play under the basket and not fast enough to compensate for it. In baseball, you have Major League talent. If the Cardinals make you a good offer, take it.”

The Cardinals did make a good offer that included a signing bonus, progressive bonuses if I rose through the organization, money for college and some bucks for my parents to take a well-deserved vacation. I signed a contract with the Cards in June of 1967 at Busch Stadium. On the way home, I thought again of that backseat proclamation I made some ten years earlier. I was one step closer to living that dream.