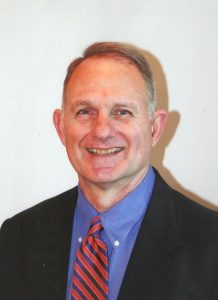 Jerry Muckensturm would not have even played football if not for his older brother, David, who paved the way for Jerry both in high school and in college. While in high school David became an accomplished three-sport athlete, earning him Athlete of the Year honors his senior year. But while David was excelling in football, Jerry entered his freshman year in high school focusing on baseball.

Things changed Muckensturm’s sophomore year. Max Hamilton, the head football coach at Althoff, cornered him one day asked him why he didn’t play football like his older brother. Jerry didn’t really give a legitimate answer.  Little did Jerry realize that the words from Coach Hamilton’s mouth would not only convince him to play football but would also alter the direction of his entire life.

Muckensturm hung onto these words and went out for football his sophomore year. While Jerry was learning and developing his football skills, his older brother David received a football scholarship to Arkansas State University. David continued to excel receiving first-team All-Conference honors three out of four years.

In Jerry’s senior year in high school he too was named Athlete of the Year and was offered a scholarship to Arkansas State University.

At ASU, Muckensturm was red-shirted his freshman year. He started at inside linebacker for the next four seasons, accumulating the most tackles in ASU history, 493, a record that stands to this day.

His senior year the team went undefeated 11-0. Jerry received first-team All-Conference honors and was also named the Defensive Player of the Year in the conference. In addition, Jerry received an invitation to the Coaches All-American game.

Jerry was drafted by the Chicago Bears in the seventh round of the 1976 NFL draft. He played eight years with the Bears as an outside linebacker. During this time, he led the team in tackles in both the 1979 and 1980 season. During Jerry’s playing days with the Bears, the defense ended in the top five in total defense three ti 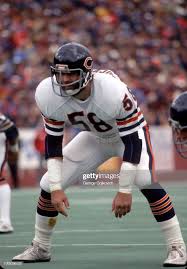 mes and the top five in scoring defense two times, while making the playoffs twice.

Muckensturm had the privilege of playing with such greats as Dan Hampton, Alan Page, Mike Singletary and Walter Payton.

Since his playing days, Jerry has continued to be recognized for his football accomplishments. He was voted the greatest football player in Arkansas State University history by the listeners of 95.3 radio station “The Ticket”. He was inducted into the Belleville News-Democrat Hall of Fame in 1988 and the Arkansas State University “Hall of Honor “in 1992.  The local newspaper in Jonesboro, Arkansas, where Jerry lives voted him “One of the top 10 All-time Athletes in NE Arkansas”. He also was selected to the Southland Conference All-Decade team and voted to the All Century /Centennial Team at Arkansas State University. Just recently in 2018 Jerry was inducted into the Arkansas Hall of Fame.

Today, Jerry and Pam, his wife of 42 years, have the privilege and joy of watching their grandchildren Molly, Will, Connor, Cade and Camden as they participate in various sports. And as they do, Jerry can’t help but remember the encouraging words that were spoken into his life as a young person. For who knows, the words he may speak to his grandchildren may change and alter the direction of their lives also.