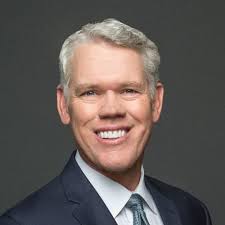 Jay Delsing grew up when golf wasn’t real cool, but he was real good. When he was 16, he almost won the United States Junior in Delaware. That put the St. Louis U. High graduate on golf’s radar.

UCLA came calling and offered Jay a scholarship where he became a part of the one of the most talented college teams of that era. The team included future professionals Corey Pavin, Tom Pernice Jr. and Duffy Waldorf. Little did he know at the time that he and his teammates all would become part of the Professional Golf Association tour.

The son of former Major League Baseball outfielder Jim Delsing, (who played from 1948-1960 with several teams, including the St. Louis Browns), Jay began a 33-year pro golf career soon after graduating from UCLA in 1983 with an Economics degree, currently is on the Champions Tour and also serves on the FOX Sports broadcast team, offering insights from the course.

While on the PGA Tour, which included some 565 career starts, he accumulated 20 top-10 finishes and had two runner-up finishes — the 1993 New England Classic and 1995 FedEx St. Jude Classic. He also won twice on the Nationwide Tour. 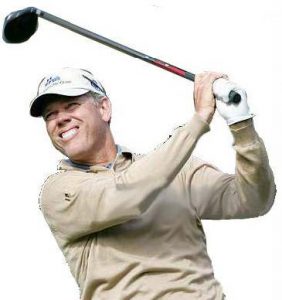 Delsing, however, had to leave golf for more than two years because of back surgery. In January 2013, he wrote a letter to the PGA, asking to play in the PGA Senior Championship in his hometown at Bellerive Country Club. They accepted. Delsing responded with a good week, making the cut and shooting 8 over par for the week. In all, he made more than $4 million on the PGA tour.

What does Delsing say his biggest thrill in golf has been? “I got to play three days in a row with Arnold Palmer,” he says. “I felt like I needed to genuflect when we got to the first hole. We arrive on the tee box and he says, ‘Jay, why don’t you go first?’ I hit 350 straight, and the feeling of walking down a fairway with Arnold just chatting was something I will never forget.” He also can’t forget shooting a 61 on a Sunday in Memphis, helping him to a fourth-place finish after starting the day in 50th place.

Delsing is also an adept instructor and currently is involved in the St. Louis golf community. He helped found The First Tee of Greater St. Louis, a local chapter of the First Tee network, which provides educational programs that instill values and promote healthy choices through the game of golf. Delsing said his pro experiences led him to becoming an active supporter and eventually a Chairman of The First Tee of St. Louis, a nonprofit organization aimed at positively impacting the lives of young people through instruction and participation in youth golf programs.

“My goal is very simple: to provide you and your clients or customers with the best golf entertainment and hospitality experience imaginable,” he says. “This goal drove me to design this site to provide viewers with quick and easy access to everything that I do at Jay Delsing Golf, which he founded to provide world-class entertainment experience to foster business growth and prosperity.

I consider myself blessed to have been able to play the game that I love professionally for more than three decades. I vow to bring the expertise that I have gained through this incredible experience as well as plenty of‘tales of the tour.’ “There is one thing I learned long ago: our days on the golf course are special not because of the quality of the golf that we play, but because of the quality of the people that we play with.”

His pro experience has also helped him with his FOX Sports television endeavors in which he brings a wealth of fairway knowledge. He has participated in reporting on three major open championships hosted by the USGA: the U.S. Open, U.S. Women’s Open, and the U.S. Senior Open.