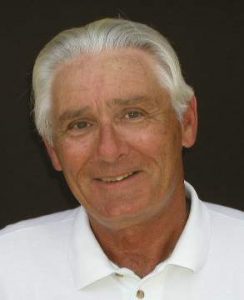 Jack Mackenzie became one of the nation’s winningest soccer coaches while serving as a leader of the Quincy University program for four decades. In Mackenzie’s 43 seasons as the Hawks’ head coach, the Hawks finished with a winning record 37 times, including 29 double-digit win seasons. Mackenzie won his 500th game in 2010. In his career, Mackenzie coached 31 All-Americans.

A multi-sport player at McBride High in St. Louis, Mackenzie had a tryout with the Cardinals and played freshman football at Mizzou. He transferred to Washington U. where his love of soccer was reborn.

His first coaching position was at Augustinian Academy, but after sending several of his high school players to Quincy, he followed them as coach in 1969. Two years later, Quincy won the first of nine NAIA national championships under his watch. The Hawks were national champions three consecutive years from 1973-75, andagain, five straight seasons from 1977-81 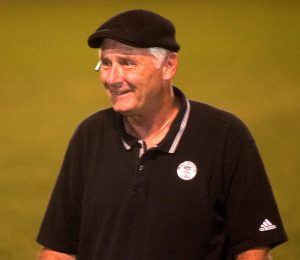 He was coach when Quincy made the jump from NAIA to NCAA Division I and then to its current status at the NCAA Division II level. Mackenzie stepped down from the program’s top spot after two of its most successful seasons since moving to Division II, reaching the NCAA Tournament for the first time since 1998. In 2011, Quincy won its first-ever Great Lakes Valley Conference Tournament title with a 2-1, comeback victory over Drury in double overtime.

One of the most prominent names in collegiate soccer, Mackenzie was inducted into the Quincy Sports Hall of Fame in 1979, the NAIA HOF in 1989, and the St. Louis Soccer HOF in 1997.